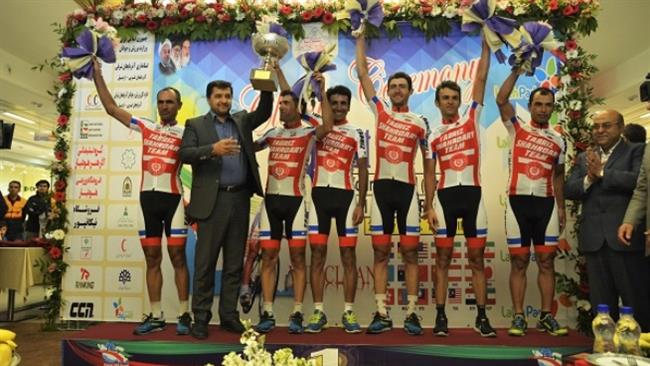 In the latest classification published by the UCI, which is the world governing body for sports cycling, the Tabriz-based outfit racked up 667 points to sit in the top position of the continental ranking ahead of Skydive Dubai Pro Cycling Team of the United Arab Emirates, with 349 points.

On May 18, professional road bicycle racers for Shahrdari Tabriz covered the entire six stages of the six-day 31st edition of Tour of Iran (Azarbaijan) and recorded an impressive team time of 72:20.07, having ridden the total length of 1,005 kilometres (624.4 miles).

They were followed by compatriots from Pishgaman Kavir Yazd Cycling Team, who clocked 72:35.38 to claim the second slot. Third-placed Kazakhstani UCI Continental cycling team Vino 4ever SKO ended its campaign in 72:47.38.