A self-giving boy secretly donates kidney to his mom 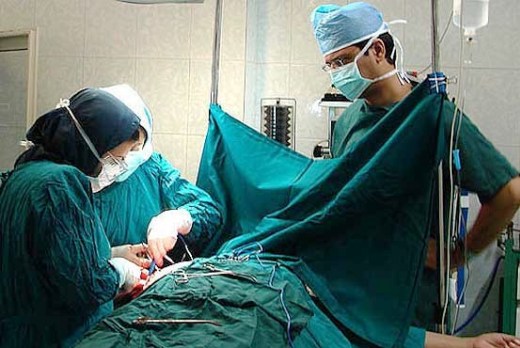 A young man donates his kidney to save his mom.

Earlier in September Jamejam newspaper ran a report on a young man who had saved his mom by giving her a kidney. The daily’s Masoumeh Maleki filed the report which featured a brief interview with both the donor and the recipient:

When the question of organ donation is raised, all eyes turn to brain-dead patients whose families donate the organs of their loved ones to needy patients, expecting nothing in return.

In the following story, however, the organ donor was not a clinically brain dead person. He was a 24-year-old young man who could not stand the sight of his mother, who had a kidney condition, on a hospital bed undergoing dialysis.

The woman, 51, who asked not to be named says, “I have been suffering from a kidney condition for ten years. I didn’t know about the condition until one day I fainted at home. When my family took me to the hospital, tests showed I had nephropathy. I was told to get serious treatment. I have since received dialysis three times a week.

“After a while I lost both of my kidneys. My husband who was earning a living by collecting [metal] scraps could hardly work and support the family due to his illness. We were given aid by Imam Khomeini Relief Committee. We were short on money and I couldn’t afford a kidney operation.

“My son came to visit me one day and said that one donor wanted to give me a kidney wanting nothing in return. Hearing this, I broke down in tears, thanking God and saying there were still people who do acts of charity for the sake of divine satisfaction.

“My son refused to let me know about the donor’s name despite my insistence. When I was taken to the hospital’s organ transplantation ward on a stretcher, I saw him getting prepared for the surgery. My son smiled when he saw me and urged me to stay calm. Right there I realized that he was the person who wanted to donate his kidney to me.”

No longer could I see my mom’s sufferings

The young donor, for his part, says, “Over the years I had bad feelings when I saw my mom suffer. When I saw all doors closed, the only thing that crossed my mind was that I had to do something myself. I thought I could give one of my kidneys to her. I was sure she would not agree if she knew I was the donor.

I was praying to be given a positive response by the doctors after undergoing tests. I wanted to save my mom. I felt extremely happy when I was told the donation is possible. This way I could return her kindness and make up for the hardships she had tolerated for raising me. I hope she is satisfied with me.”