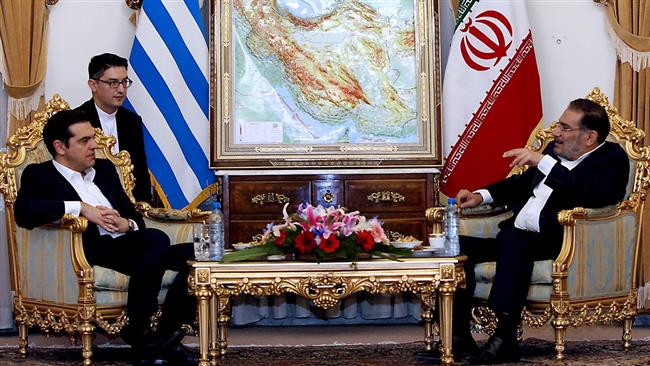 Iran's top security official has warned that a potential troop deployment by regional countries to Syria would be a “very dangerous” decision.

Saudi Arabia has expressed readiness to contribute special forces to a US-led coalition that is purportedly hitting Daesh in Syria. Bahrain and the UAE have also hinted at similar deployments.

“Although claims made by these countries are by no means proportionate to their military capabilities, the potential presence of ground troops without the legitimate consent or request of the Syrian government amounts to an interventionist and highly dangerous decision with unfathomable security repercussions for all the regional countries as well as Europe,” Shamkhani said.

Any military incursion would be “a step backward and disregardful of all the efforts that have been undertaken to resolve the [Syrian] crisis,” he added.

“There is no military solution to Syria’s crisis; and the establishment of calm and stability in this country is only possible through inter-Syrian dialog as a means of realizing the Syrian people’s will and demands,” the Iranian official said.

Addressing the Greek premier, the Iranian official said, “Greece has been on the forefront of… the issue of Syrian and Iraqi refugees… and clearly feels the several security and economic problems resulting from it.”

Tsipras, for his part, asserted that Athens was leading an “independent policy” vis-à-vis the Syrian issue.

Addressing a conference hosted in the Iranian capital on Tuesday under the title “The Coalition of Elites against Terrorism,” Shamkani blasted the West for using Daesh to serve its its Islamophobia agenda.

“Accusing Muslims of creating insecurity in the world and casting Islam in a bad light is also a type of media and propagandist terrorism,” he said

All scholars in the Muslim world, either Shia or Sunni, are of the opinion that the actions of Takfiri terrorist groups are illegitimate, he said.

Shamkhani also said that, “Besides military efforts, an intellectual and cultural fight is also required to dry out the roots of terrorist groups such as Daesh.”