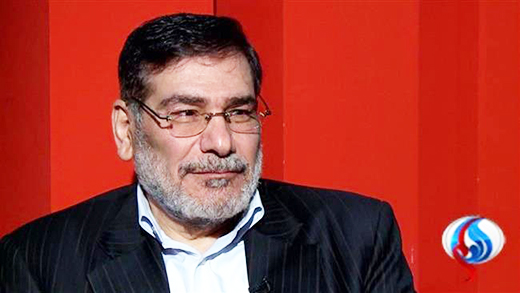 The secretary of the Supreme National Security Council has said that Iran and Saudi Arabia enjoy good historical relations and that the rift in the Muslim world must be healed.

Secretary of Iran’s Supreme National Security Council Ali Shamkhani says the Saudi regime has to “stop acting mischievously” against the Islamic Republic if Riyadh seeks settlement of differences with Tehran.
Saudi Arabia takes “unfavorable actions” inside Iran, the website of Iranian al-Alam Arabic-language news channel quoted Shamkhani as saying in an interview with the network .
Referring to a recent terrorist attack in Iran’s southwestern province of Khuzestan, he said the perpetrators had been funded by the Saudi security service.
At least two people were killed and two others sustained injuries after masked assailants opened fire on a group of people who were holding a mourning ceremony for Imam Hussein, the third Shia imam, in the city of Safiabad, located in Dezful county in Khuzestan, on October 16.
Shamkhani further said Saudi money is instrumental in Syria, which is in the grip of a deadly foreign-sponsored conflict that erupted in March 2011, adding that Riyadh is also bombing the defenseless people of Yemen.
The relentless bombardment of the impoverished nation, which started on March 26, without any international mandate, has been meant to undermine Houthi Ansarullah movement and restore power to the fugitive former Yemeni president and a major ally of Saudi Arabia, Abd Rabbuh Mansour Hadi.
Shamkhani, however, stressed that Iran and Saudi Arabia enjoy good historical relations and that the rift in the Muslim world must be healed.
He also pointed to the upcoming round of talks on Syria in Vienna, Austria, planned for November 14, saying that the Islamic Republic will support the Syrian people’s opinion about the future of Syrian President Bashar al-Assad.
During the previous round of talks on October 30, the participants, including the United States, Russia and Iran, agreed to push forward a peace plan for Syria that would include a ceasefire.
However, the talks failed to reach consensus over the role President Assad would play in Syria’s political process. While some countries want the removal of the Syrian leader as part of a solution to the issue, Iran and Russia say only the Syrian nation can have a say on that matter.
Shamkhani said the West has sought in vain to topple the Syrian government since 2011 militarily, adding that the same governments are now seeking the ouster of Assad politically.
The foreign-backed militancy in Syria, which flared in March 2011, has so far claimed the lives of over 250,000 people and displaced hundreds of thousands.