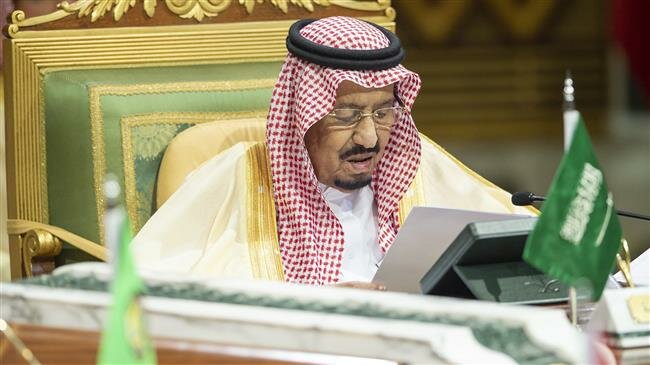 The official Saudi Press Agency (SPA) reported on Saturday that Salman had invited Arab leaders to convene urgent summits in the city of Mecca on May 30 to discuss ways to “enhance the security and stability in the region.”

An official source at the Saudi Foreign Ministry said that the Saudi monarch had called the meetings due to “grave concerns” about recent attacks on commercial vessels off the coast of the United Arab Emirates and drone strikes on oil pumping stations in Saudi Arabia as well as the effects of those incidents on supply routes and oil markets.

The summits are meant “to discuss these aggressions [sic] and their consequences on the region,” the source said.

The Emirates’ Ministry of Foreign Affairs and International Cooperation has welcomed the Saudi call for the emergency meetings.

“The current critical circumstances entail a unified Arab and [Persian] Gulf stance toward the besetting challenges and risks,” the ministry said in a statement.

On May 12, four oil tankers, including two Saudi ones, were purportedly targeted near the port of Fujairah, in what the Emirates described as “sabotage” attacks. While Riyadh and Abu Dhabi failed to produce evidence of the attacks on their vessels, pictures emerged of a Norwegian-flagged tanker at the port having sustained some damage.

Two days later, drone strikes were launched on two oil pumping stations in Saudi Arabia. These attacks were believed to have been carried out by Yemen’s Houthi fighters in retaliation for the prolonged Saudi war against Yemen.

Saudi and Emirati officials have not said who carried out the attacks on the tankers and the pumping stations, but some political and media figures within the United States have claimed that Iran is responsible.

A day after the reported attacks on the oil tankers, Tehran called them “worrying,” and Iranian Foreign Minister Mohammad Javad Zarif later called them “suspicious.”

Yemen’s Houthis also noted that the retaliatory drone strikes on the Saudi oil pipeline were an act of self defense and had nothing to do with Iran.

The SPA reported that the two sides exchanged views on the “developments in the region and efforts to enhance security and stability.”

In a separate development on Sunday, Saudi Minister of State for Foreign Affairs Adel al-Jubeir claimed that his country did not want a war with Iran.

“The kingdom of Saudi Arabia does not want a war in the region nor does it seek that,” he told a press conference in Riyadh.

“It will do what it can to prevent this war and at the same time it reaffirms that in the event the other side chooses war, the kingdom will respond with all force and determination, and it will defend itself and its interests,” he added.