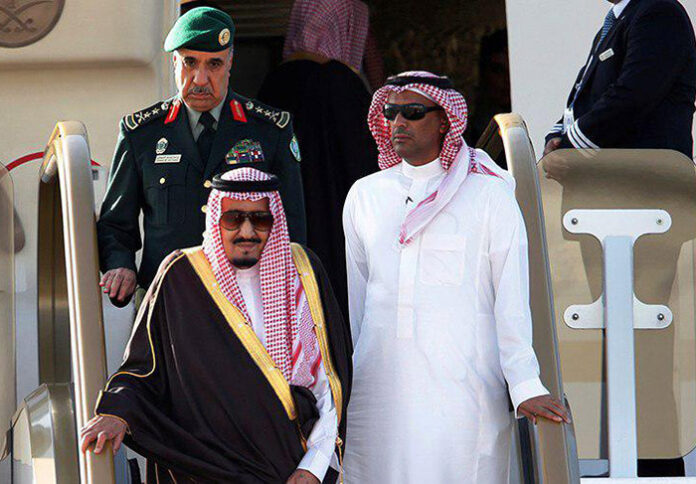 Saudi Arabia’s King Salman bin Abdulaziz al-Saud has reportedly brought two Mercedes-Benz limousines, more than 400 tonnes (metric) of luggage and his own private escalator with him on his month-long Asian trip along with 1,500 entourage.

King Salman’s entourage will be 1,500-strong during the trip aimed at forging economic ties with the region at a time when the kingdom aims to diversify its economy to reduce its dependency on oil.

After four days in Malaysia, the royal will head to Indonesia and take in, amongst others, trips to China and Japan as part of a rare diplomatic mission.

According to airfreight cargo company PT Jasa Angkasa Semesta (JAS), the elderly king has two Mercedes-Benz S600 limousines among his 459 tonnes (metric) of cargo with him for his nine-day trip to Indonesia.

The limousines arrived in Denpasar, Bali, on February 18. Two electric lifts have also arrived in the country for the 81-year-old king.

“We have been officially appointed to handle all [cargo] belonging to the King’s entourage aircraft,” JAS Director Adji Gunawan said, as reported by the Strait Times. The company will need more than 570 staff to accommodate the King’s needs.

Gunawan reported that the King’s 600-strong entourage, currently in Malaysia with him, will join him in Indonesia, along with an additional 800 delegates, including princes and ministers. The total figure is expected to be close to 1,500, RT reported.

The delegation began to arrive over the last two weeks across 36 flights. Three luxury hotels in Kuala Lumpur have been completely booked out by the entourage for the duration of the visit.