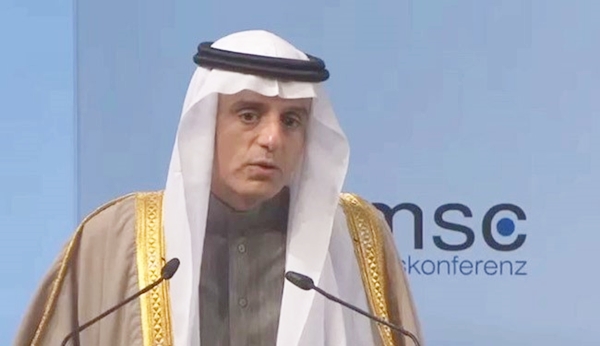 Adel al-Jubeir, the Saudi Arabian Foreign Minister, expressed his support for the Al Saud regime’s ban on women driving, and urged Saudi women to be patient and wait to claim their rights.

According to a report from al-Alam news site, al-Jubeir, speaking on the sidelines of the Munich Security Conference (MSC), said that giving women in Saudi Arabia the right to drive would take some time.

“This is not a religious issue – rather it is a social one,” he said, referring to the controversial ban.

He further hit out at those who criticize the Saudi administration for the decision, saying that critics only focus on the driving ban, while ignoring the progress made so far in women’s education in Saudi Arabia.

He concluded by calling on Saudi Arabian women to be patient in claiming their rights.

Saudi women face restrictions, or are obliged to seek permission for various activities in certain aspects of their lives, including travel, clothing and education.

Saudi Arabia is the only country in the world that bans women from driving.

In December 2015, Saudi women were allowed to stand for local council elections for the first time, although the power of such councils is limited.

Human Rights Watch has criticized Saudi Arabia’s male guardianship system, which forbids women “from obtaining a passport, marrying, travelling, or accessing higher education without the approval of a male guardian”.