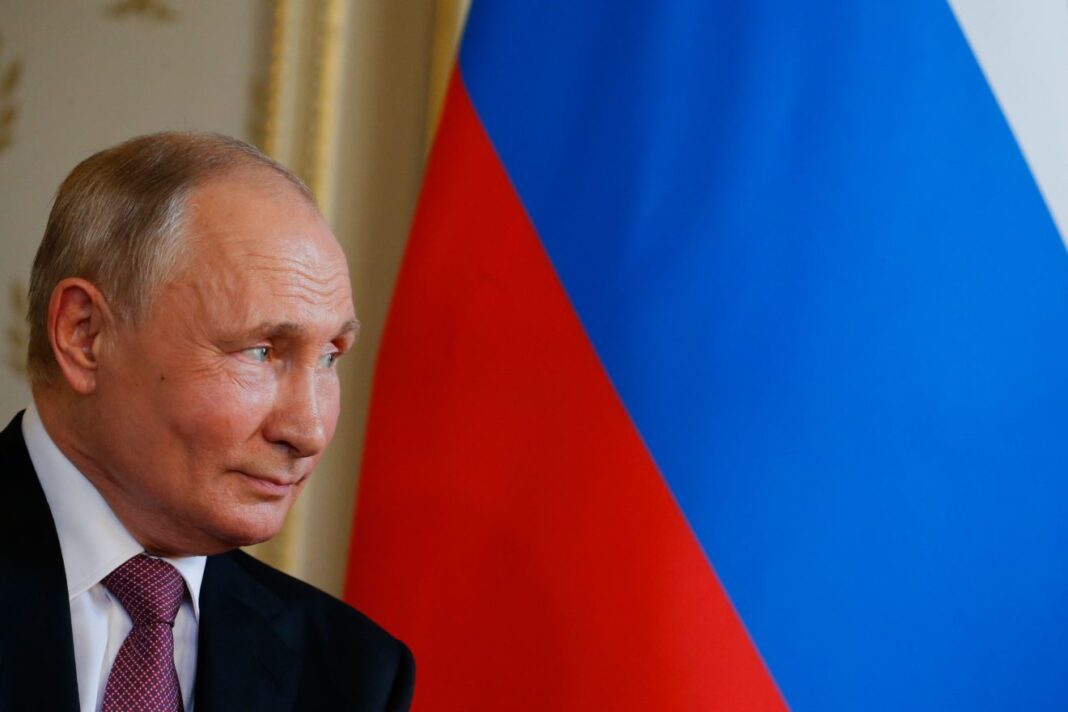 Biden says US will ‘respond decisively’ If Russia invades Ukraine

“Levying sanctions against the head of state, against the President of Russia, I repeat once again, would be an over-the-top measure that is comparable to severing relations,” the Kremlin spokesman emphasized.

“Russia is always ready and will always do what best suits the interests of our country,” Peskov said, answering a question about whether Moscow would be ready to introduce similar measures.

Earlier on Wednesday, a group of Democrat legislators led by Senator Bob Menendez of New Jersey introduced a bill to the US Senate on restrictions against Moscow if tensions around Ukraine escalate. It involves, among other things, sanctions against Putin, the prime minister, heads of the Foreign Ministry, the Ministry of Defense, the chief of the General Staff of the Russian Armed Forces, and other members of the military leadership. In addition, restrictive measures may affect the Nord Stream 2 gas pipeline.

The initiative submitted to the Senate of the US Congress was called the Defending Ukraine Sovereignty Act of 2022. Later, the document will be considered by members of the Senate Foreign Relations Committee chaired by Menendez. To come into effect, the bill should be approved by both houses of Congress and signed by the US President. Emily Horn, spokeswoman for the White House National Security Council, announced earlier that the US administration supports the senators’ initiative.

The draft of new anti-Russian sanctions proposed in the US Congress can be likened to an initiative to break off relations, since an equal response will inevitably follow from Russia, Peskov noted.

“The simultaneous timing of these statements and negotiations [on security] is an attempt to put pressure on Moscow. It is a priori meaningless, because we are talking about sanctions, which as such and considering the inevitable equal response, can be equated to an initiative to break off relations. It is impossible to interpret the wording in any other way,” he continued.

The Kremlin official stressed that Moscow strongly denounces the draft of new US anti-Russian sanctions.

“Especially in the context of the ongoing series of negotiations, albeit unsuccessful ones, but still negotiations,” he stated.

“They do not contribute to the further search for mutually beneficial solutions, do not contribute to the formation of a constructive atmosphere during the continuation of these three-stage talks. Today there will be a third stage, which is the final one of this phase. Therefore, the answer is definite: [our attitude is] negative,” Peskov stressed.

The consultations between Moscow and Western states on Russia’s proposals for European security are held in three stages. The first stage was held in Geneva on January 10 as negotiations between representatives of Russia and the United States. The meeting of the Russia-NATO Council held on January 12 became the second stage of consultations. The third stage will take place on January 13 in Vienna as part of the OSCE.

Nord Stream 2 is a commercial project, and linking it to security is “absurd”, this once again confirms that this is an attempt at unfair competition, Peskov said, commenting on possible US sanctions against the Russian-led project.

“Nord Stream [2] is generally a commercial project, and linking [it]… with security issues in Europe is absurd. This is absurd. This is just another confirmation of what is behind all this. Attempts to pressure Russia, attempts at the unfair economic competition”, Peskov added.

The Nord Stream 2 pipeline is capable of pumping up to 55 billion cubic metres of natural gas from Russia to Europe every year. Its construction was completed in September 2021, but the project is yet to be approved by German regulators.

Washington imposed a number of sanctions on the project, claiming it poses a danger to European security, which Moscow and Berlin both rejected.