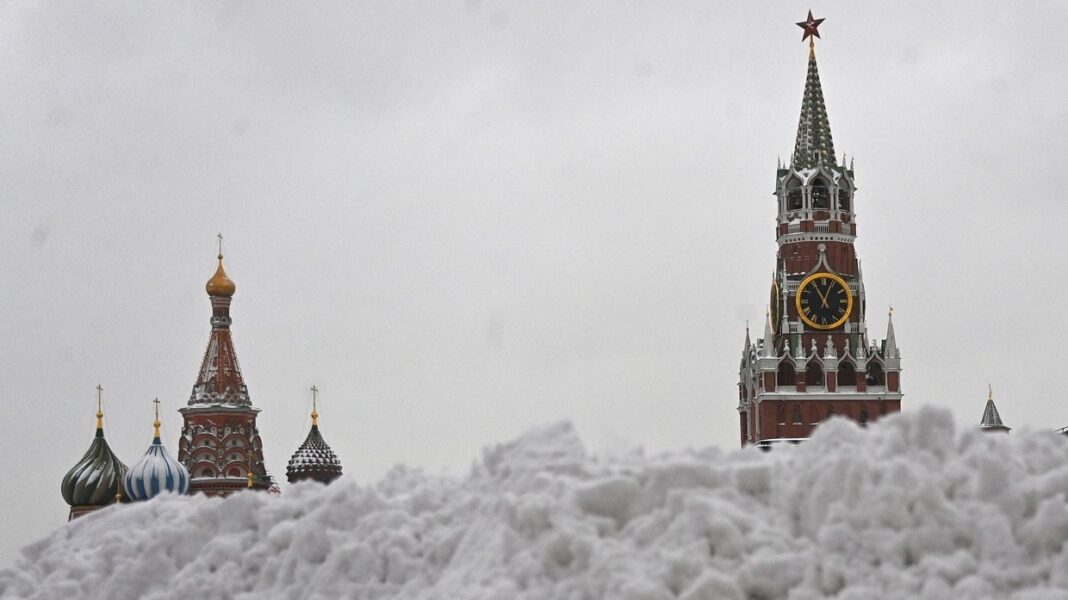 The Kremlin is keeping an eye on Washington’s steps aimed at stirring up tensions around Ukraine with great concern, Russian Presidential Spokesman Dmitry Peskov told reporters.

“Nothing has changed in terms of what is happening with regard to the information aspect and what the US is de facto doing to foment tensions. We are watching the actions of the United States with great concern,” he pointed out, according to TASS news agency.

When commenting on the Pentagon’s statements about its readiness to send 8,500 troops to Europe, Peskov said that it could in no way affect the negotiations on security assurances.

“It’s not affecting the course of the talks. The talks are over for now. We need to get the text (the written response of the US and NATO to Moscow’s proposals on security guarantees in Europe) before we figure out when and how we will continue. We hope that it will happen this week,” the Kremlin spokesman added.

Pentagon Press Secretary John Kirby has stated that the US was ready to send 8,500 troops to Europe but no final decision had been made yet. He pointed out that so far, the troops had been put on “high alert”.

It comes as Russian and Ukrainian officials are set to meet in Paris on Wednesday for talks with their French and German counterparts. The meeting marks a revival of four-way talks between the nations known as the Normandy Format.

NATO has announced it was putting forces on standby and reinforcing Eastern Europe with more ships and fighter jets, and could also send additional troops to its southeast flank, in what Russia denounced as an escalation of tensions over Ukraine.

So far, NATO has about 4,000 troops in multinational battalions in Estonia, Lithuania, Latvia and Poland, backed by tanks, air defenses and intelligence and surveillance units.

In a sign of concern about the situation, the United Kingdom said it was withdrawing some staff and dependants from its embassy in Ukraine, a day after the United States said it was ordering diplomats’ family members to leave. US diplomats are being allowed to leave voluntarily.

Peskov has accused the West of “hysteria” and putting out information “laced with lies”.

“As for specific actions, we see statements by the North Atlantic Alliance about reinforcement, pulling forces and resources to the eastern flank. All this leads to the fact that tensions are growing,” he continued, adding, “This is not happening because of what we, Russia, are doing. This is all happening because of what NATO and the US are doing and due to the information they are spreading.”

Asked whether he thought an invasion was imminent, British Prime Minister Boris Johnson told broadcasters that intelligence was “pretty gloomy on this point” but that “sense can still prevail”.

He repeated Western warnings that invading Ukraine would be “a painful, violent and bloody business” for Russia.

EU foreign ministers meeting in Brussels warned Russia it would face “massive” consequences, but are divided about how tough to be on Moscow and did not say what the consequences might be.

Ukrainian President Volodymyr Zelenskyy told EU President Charles Michel by phone that it was important for iv that the EU showed unity.

Moscow is accused by Western nations of a troop build-up on the frontier with Ukraine, allegedly with the intent of invading the country in the coming weeks and months. The Kremlin has repeatedly denied any plan to attack and has suggested that NATO is invoking the specter of “Russian aggression” as a pretext to deploy more military equipment in the region.