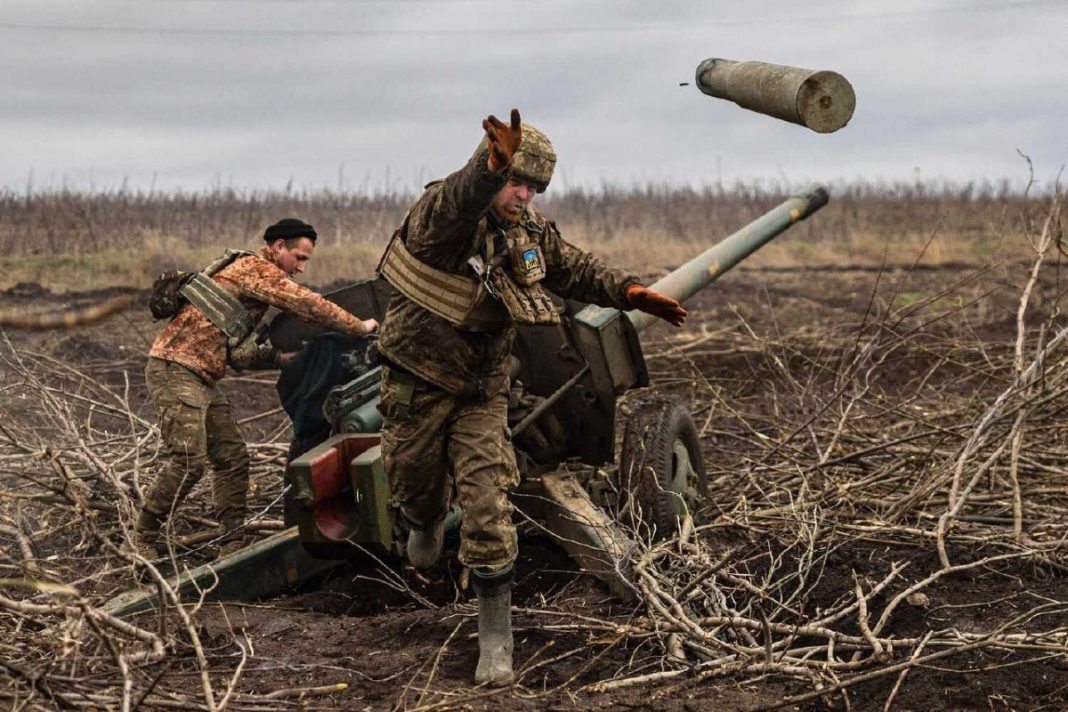 On Twitter, she wrote: ” In the 1st call of the new year with President Zelenskyy, I conveyed my wholehearted support and best wishes for 2023 to the Ukrainian people. The EU stands by you, for as long as it takes. We support your heroic struggle. A fight for freedom and against brutal aggression.”

She added that the EU will support Ukraine this winter with generators and will soon start disbursing the 18 billion euro support package in monthly tranches.

A New Year’s Day attack on a complex in the Russian-controlled city of Makiivka killed scores of recently mobilised troops sent by Moscow, according to reports on both sides, in what could be one of the deadliest known incidents involving Russian conscripts so far.

Without claiming the strike, Ukraine’s military command claimed up to 400 Russian soldiers were killed in the incident in Makiivka, a city in the Moscow-controlled parts of the Donetsk region.

Pro-Russian authorities acknowledged that there were casualties, but did not comment on the Ukrainian figures.

“A massive blow was dealt to the vocational school from American MLRS Himars,” Bezsonov wrote in a post on the Telegram messaging app, referring to US-provided missiles.

“There were dead and wounded, the exact number is still unknown,” he added.

A Ukrainian drone struck an energy facility in Russia’s Bryansk Region early on Monday, leaving a nearby village without power, Governor Aleksandr Bogomaz has said.

The attack took place in the Klimovsky district, located on the Russia-Ukraine border, Bogomaz wrote on Telegram.

There were no fatalities or injuries resulting from the incident, but the energy facility caught fire, he stated.

A nearby village has been left without power due to the strike, while a hospital and other key sites in the area had to be connected to a reserve power line, the governor added.

Russian gas exports to countries outside a group of former Soviet republics plunged by 45.5 per cent in 2022, figures from the Russian gas giant Gazprom showed on Monday.

Gazprom announced in a statement that exports outside the Commonwealth of Independent States (CIS) were 100.9 billion cubic metres compared to 185.1 billion in 2021.

Authorities in the Ukrainian capital Kyiv are urging residents to reduce their electricity consumption after a third day of Russian attacks damaged infrastructure facilities.

On Monday, energy company DTEK said that it had been forced to implement emergency power cuts, and Oleksii Kuleba, head of Kyiv regional military administration, called on residents of the capital to keep an eye on their energy use.

“We are currently observing an increase in electricity consumption and excessive load on the grid,” Kuleba stated, adding, “Therefore, it is important not to forget about reasonable consumption of electricity – to use energy-intensive devices in turn and to use electricity sparingly.”

The Ukrainian military claimed to have shot down 39 kamikaze drones overnight into Monday, but announced that debris had nonetheless damaged infrastructure facilities.

Eleven private houses were also damaged by falling debris, according to Kuleba.

However the Prosecutor’s General Office of Ukraine noted that there do not appear to have been any casualties.

“Prosecutors and investigators are working at the scene to document violations of international humanitarian law by the aggressor country,” the office announced in a statement.

Ukraine’s unity and sense of purpose contrast sharply with the fear that prevails throughout Russia, President Volodymyr Zelenskyy said.

“The feeling we all have of unity, of authenticity, of life itself, contrasts sharply with the fear that prevails in Russia,” Zelensky stated in his nightly video address.

“They are afraid. You can feel it. And they are right to be afraid. Because they will lose. Drones, missiles, everything else will not help them. Because we stand united. They are united only by fear,” he added.

Zelensky aide: Russia wants ‘to kill as many civilians as possible’

Russia’s wave of drone attacks on Ukrainian cities at the turn of the year signalled that “Russia no longer has any military goals,” a top official in Kyiv has said.

Mykhailo Podolyak, an adviser to President Volodymyr Zelensky, wrote on Twitter that Moscow has switched strategy after 10 months of grinding war on its neighbour.

“Mass shelling of the centres of large cities of [Ukraine] on the night of Dec 31 to Jan 1 speaks of another change in the type of war,” he continued, adding, “Russia no longer has any military goals & is trying to kill as many civilians as possible and destroy more civilian facilities. A war to kill.”

Russia’s New Year assaults on Ukraine have left four people dead and wounded dozens this weekend as Moscow claimed to have thwarted Kyiv’s “terror attacks” on the homeland.

The Ukrainian capital and other cities came under fire from missiles and drones on Saturday, killing three people.

At least one drone had the Russian words “Happy New Year” scrawled on it in red, according to a picture released by Ukrainian authorities.

A new attack on Sunday killed one person in the southern region of Zaporizhia and wounded another three, authorities confirmed.

Western allies must be ready for long-term support to Ukraine: NATO chief

Stoltenberg told the BBC that military support would ensure the survival of Ukraine as a sovereign country.

“The Ukrainian forces had the momentum for several months, but we also know that Russia has mobilised many more forces, many of them are now training,” Stoltenberg stated.

“All that indicates that they are prepared to continue the war and also try to potentially launch a new offensive,” he added.

Earlier, the General Staff of Ukraine said in a statement that Russian forces carried out air raids in various parts of the country on Saturday and on Sunday morning.