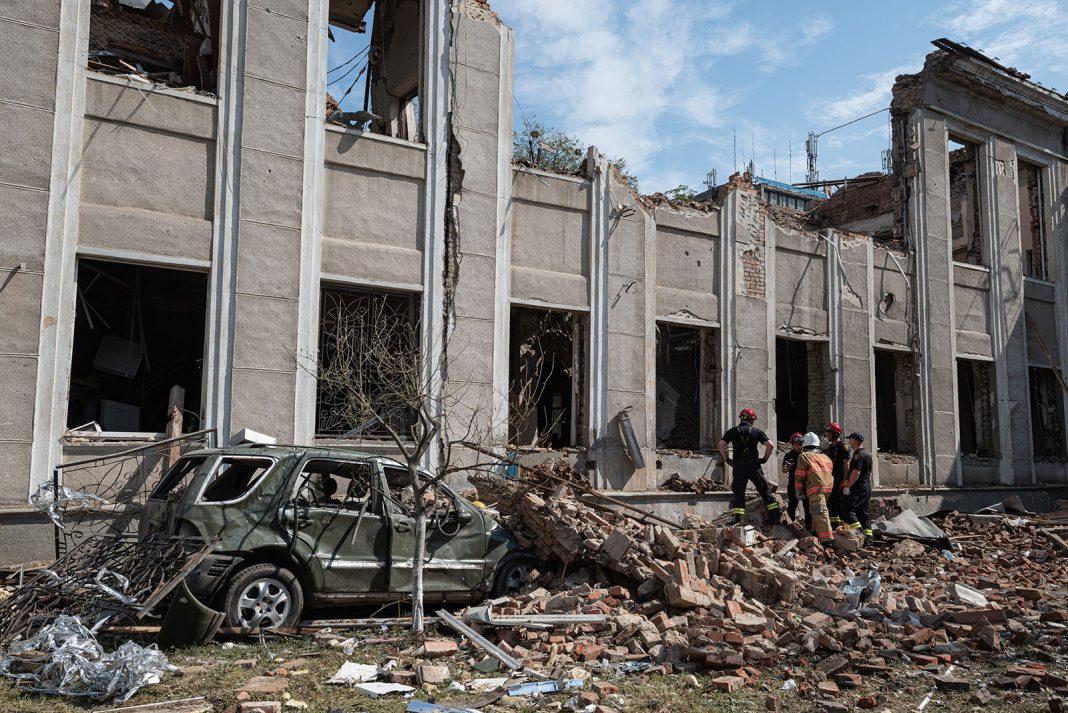 International Monetary Fund chief Kristalina Georgieva has warned officials from the Group of 20 major economies to take urgent action to combat inflation, warning that the “exceptionally uncertain” global economic outlook could turn worse if higher prices were to persist.

Georgieva, speaking at a G20 finance officials meeting in Indonesia, stated Russia’s intensifying war in Ukraine had increased pressure on commodity and energy prices, and global financial conditions were tightening more than expected.

A two-day meeting of finance ministers from the Group of 20 major economies ended in Indonesia without a joint communique after Russia’s war in Ukraine divided the global forum.

During talks on the Indonesian resort island Bali, the finance chiefs looked for solutions to food and energy crises, while accusing Russian technocrats of exacerbating the problems.

US Treasury Secretary Janet Yellen, Australian Treasurer Jim Chalmers and Canadian Finance Minister Chrystia Freeland on Friday blamed the invasion of Ukraine for sending a shockwave through the global economy.

The British defence ministry says fighting is ongoing in the towns of Siversk and Bakhmut, despite claims by Moscow that its forces have captured areas in the region.

“Russia has previously made premature and false claims of success. This is likely at least in part aimed at demonstrating success to domestic audiences and to reinforce the morale of the fighting forces,” an intelligence briefing by the ministry said.

Moscow-backed troops in the Donbas region in eastern Ukraine say they are closing in on their next target, after wresting control of sister cities Lysychansk and Severodonetsk.

“Siversk is under our operational control, which means that the enemy can be hit by our aimed fire all over the area,” a pro-Moscow rebel official is cited as saying by Russian state-run news agency TASS.

Death toll in missile strike on Vinnytsia rises to 24

The number of people killed after a Russian missile strike on the central Ukrainian city of Vinnytsia on Thursday has risen to 24, after a woman died in hospital of her burn wounds, a Ukrainian official has told Agence France-Presse.

Russia claims the strikes – hundreds of kilometres from the front lines – had targeted a meeting of Ukrainian military officials and foreign arms suppliers. Kyiv has denied these claims.

UN secretary-general, António Guterres, stated he was “appalled” by the attack, while the EU has condemned it as an “atrocity”.

Russian armed forces have destroyed a factory in the Ukrainian city of Dnipro that produced parts for Tochka-U ballistic missiles, according to the Russian defence ministry.

Shoigu stated that the troops should increase their activity in order to stop Kiev’s attacks against the civilian population.

Russia accused of using Ukraine nuclear plant as base

Russia is using Europe’s largest nuclear power plant as a base to store weapons including “missile systems” and shell the surrounding areas in Ukraine, according to an official with Kyiv’s nuclear agency.

The president of Ukrainian nuclear agency Energoatom said the situation at the Zaporizhia nuclear plant was “extremely tense”, with up to 500 Russian soldiers controlling the plant.

“The occupiers bring their machinery there, including missile systems, from which they already shell the other side of the river Dnieper and the territory of Nikopol,” Petro Kotin stated in a televised interview, referring to the city across the water.

Ukraine’s defense ministry spokesperson claims up to 70% of Russian missile strikes are on peaceful cities and non-military targets.

Oleksandr Motuzyanyk stated only 30% of Russian missile strikes are on military targets.

“The remaining 70% of strikes are Russians deliberately attacking peaceful cities. Russia should be recognized as a terrorist country,” he added.

He went on to say, “The only way to stop this missile terror is to destroy the missiles that Russia launches over Ukraine.”

According to Motuzyanyk, the anti-aircraft systems worked “as well as it could” when Vinnytsia was attacked on Thursday.

“Two missiles out of five were shot down. If we had more powerful modern anti-aircraft weapons, we could destroy more of those Russian missiles. Today we need modern air defense,” Motuzyanyk continued.

Rocket attacks in the southeastern Ukrainian city of Dnipro killed at least three people and injured 15 others, according to Valentyn Reznichenko, the head of the Dnipropetrovsk regional military administration.

“We have hit along the Dnipro. Rockets hit the industrial enterprise and the busy street next to it,” Reznichenko said, adding that the scale of the destruction was still being assessed.

Dnipro City Council Deputy Mayor Mykhailo Lysenko stated on Friday that water interruptions might occur in the city due to the attack.

In occupied parts of Ukraine, pro-Russian administrations are threatening residents with expulsions to Ukrainian-controlled territory if they voice criticism of the new leadership.

The measure aims to “maintain order” and counter “threats to socio-political stability,” according to decrees published in the southern Ukrainian regions of Zaporizhia and Kherson.

The deportations apply in the case of “denigration” of government organs and Russia’s foreign policy, as well as the Russian army and allied forces. Unauthorised demonstrations, disruption of school activities or and unauthorised political activity are also to be punished in this way, the dpa news agency reported.

US official dismisses Russia claim of military target in Vinnytsia

A US official has dismissed Russia’s claim that it targeted a meeting of the Ukrainian air force in Vinnytsia in an attack that Kyiv says killed 23 people, including children.

“I have no indication that there was a military target anywhere near that,” the senior defence official told reporters on condition of anonymity.

Agreements on export of the Ukrainian grain will not lead to the resumption of Russia-Ukraine talks, Leonid Slutsky, a Russian lawmaker who had taken part in peace talks with Kyiv in the past has said, according to state news agency TASS.

Russia’s proposals on how to resume Ukrainian grain exports were “largely supported” by negotiators at talks this week in Istanbul and an agreement was close, according to the Russian defence ministry.