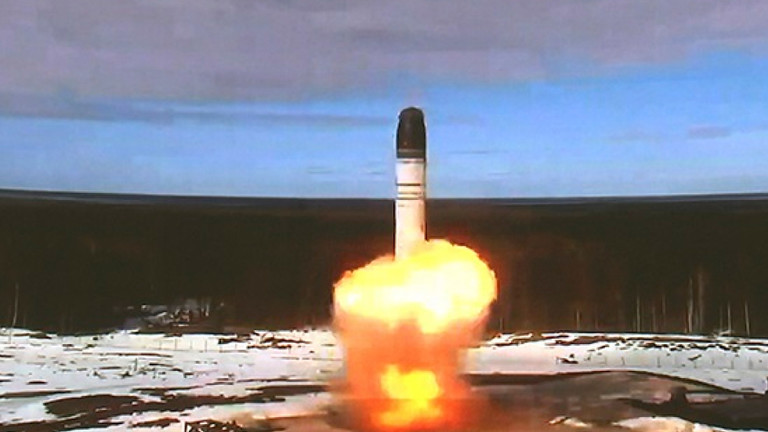 Russia’s new RS-28 Sarmat Inter-Continental Ballistic Missile was launched successfully from the Plesetsk cosmodrome in the north of the country, the Russian military announced on Wednesday.

The missile flew across the whole country, touching down at a test site in Russia’s Far East. “Inert warheads touched down in a designated area at the Kura training ground on the Kamchatka Peninsula,” the military said.

The new silo-based strategic missile is set to replace the R-36M/R-36M2 Voevoda ICBMs.

Compared to its predecessor, the Sarmat can carry more weapons, as well as be fitted with new types of warheads, including “hypersonic glider units”, the military noted.

Russian President Vladimir Putin called the launch an “event of great significance” for the country, congratulating the military on the successful test launch.

“The new system has top tactical and technical characteristics and is able to penetrate all modern anti-missile defenses. It has no analogues in the world and will not have any for a long time,” Putin stated.

“This truly unique weapon will strengthen the potential of our armed forces, reliably ensure the security of Russia from external threats and make think, those who try to threaten us in the heat of frenzied aggressive rhetoric,” he added.

Footage of the launch released by Russia’s military shows the missile leaving its silo.

The Sarmat ejects a protective engine cover, corrects itself in the air, then blasts off into the skies. The state trials of the new missile are expected to be completed later this year. After that, the Sarmat will officially enter service and first munitions will be supplied to the country’s strategic missile forces.