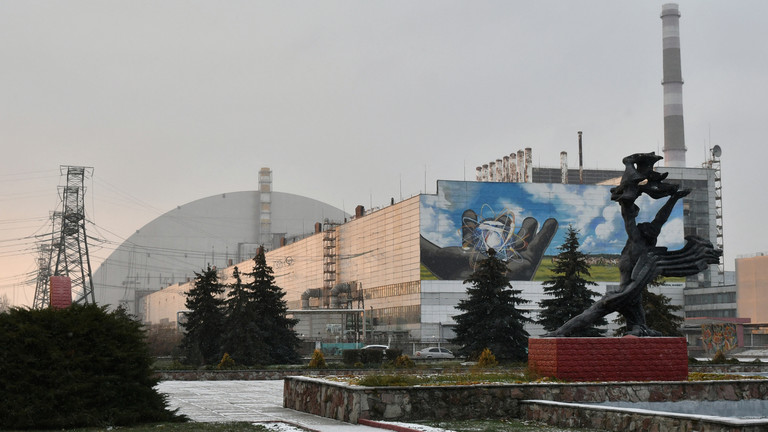 The Russian forces have seized full control of Chernobyl Nuclear Power Plant after fierce battles with the Ukrainian troops, Moscow has confirmed.

“Yesterday, on 24 February, units of the Russian Airborne Forces took full control of the territory in the area of the Chernobyl nuclear power plant,” spokesman for the Russian military Major General Igor Konashenkov said Friday.

“An agreement was reached with the servicemen of a separate battalion protecting the nuclear power plant of Ukraine on joint security of the power units and the sarcophagus of the Chernobyl NPP,” he added.

The plant was the site of the 1986 disaster, which caused massive contamination of the surrounding area and parts of Europe.

“Ukraine has informed the IAEA that ‘unidentified armed forces’ have taken control of all facilities of the State Specialized Enterprise Chornobyl NPP, located within the Exclusion Zone,” the International Atomic Energy Agency (IAEA) said in a statement.

“The counterpart added that there had been no casualties nor destruction at the industrial site,” it added.

The IAEA lists four operational nuclear power plants in Ukraine on its website.

The IAEA “is following the situation in Ukraine with grave concern and is appealing for maximum restraint to avoid any action that may put the country’s nuclear facilities at risk,” it said.

“The Ukraine regulatory body … has earlier informed the IAEA that it is maintaining communications with Ukraine’s operational nuclear power plants, which it said are operating safely and securely,” it added.

Russia announced it began hitting Ukraine’s military targets on Thursday morning, insisting it was necessary to prevent Kiev’s attacks against the Donetsk (DPR) and Lugansk (LPR) People’s Republics. Moscow recognized the DPR and LPR’s independence from Kiev on Monday, also signing treaties that include military assistance.

Monuments around the world have been lit up in the yellow and blue colors of the Ukrainian flag in solidarity with Ukraine following the beginning of Russia’s invasion on Thursday.

In his video message to the Ukrainian people early Friday morning, President Volodymyr Zelensky said “sooner or later, Russia will have to talk to us about ending this military operation, about ending this invasion, and the sooner this conversation begins, the less Russia’s losses will be.”

Striking a defiant note even as Russian forces advance on Ukraine’s capital, Kyiv, Zelensky stated, “We are on our land, we have the truth, they cannot destroy our character. Russian ‘Kalibr’ missiles are helpless against our freedom.”

Zelensky also welcomed protests in Russia against the invasion.

“To all citizens of the Russian Federation who are coming out to protest, I want to say we see you. It means that you heard us,” he added.

On Thursday, anti-war protesters held small demonstrations across Russia, according to independent media and monitoring organizations — even as they faced arrest and police threatened to disperse crowds by physical force.

Russia bars demonstrations without a permit, but Russians may stage individual, single-person protests.

Some 1,745 people in 54 Russian cities were arrested on Thursday, at least 957 of them in Moscow.

Blasts are being reported in Kyiv early Friday, with a Ukrainian official saying the country’s capital has been hit by cruise or ballistic missiles. Russian forces are now about 20 miles from Kyiv, according to top US officials.

The Ukraine’s Interior Ministry has claimed Russia attacked 33 civilian sites over the last 24 hours, according to Interfax news agency.

Earlier on Friday Zelenskyy – who remains in Kyiv – announced that 137 Ukrainians had been killed so far and 316 injured, as Russian troops embarked on the biggest attack by one country on another in Europe since the Second World War.

Zelenskyy stressed continued Russian aggression against his country showed that sanctions imposed on Moscow by the West were not enough.

The Ukrainian president added the world was continuing to observe what was going on in Ukraine from afar.

A senior Ukrainian defence official has warned that Russian forces would enter areas just outside Kyiv after officials said the city and other locations had been struck by Russian missiles in the early hours of the morning.

Anton Herashchenko, an adviser to Ukraine’s interior minister, stated his country expects a Russian tank attack on Kyiv, adding that defenders of the capital city were ready with anti-tank missiles supplied by foreign allies.

British Defence Secretary Ben Wallace has also warned Russia intends to take the whole of Ukraine but the Russian army failed to deliver on the first day of its invasion.