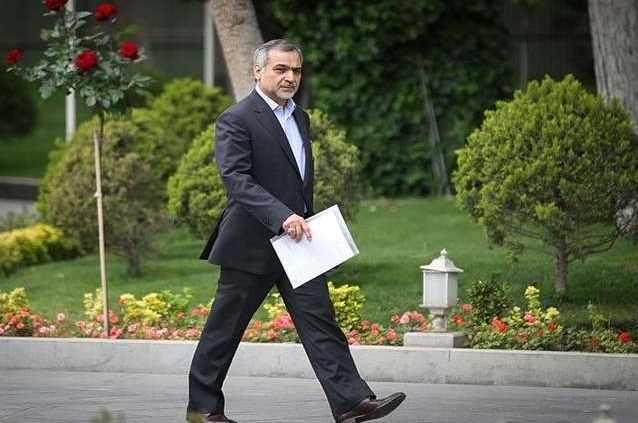 Hossein Fereydoun, the brother and special aide of President Hassan Rouhani, was absent for a couple of weeks from the president’s meetings and visits. Certain media had been covering rumours of his arrest, but he finally joined his brother on an official visit, putting an end to speculation.

According to a report by Etemad newspaper, as translated by IFP, no one had seen Fereydoun for several days, including during an ongoing visit by President Rouhani to the northwestern city of Urmia. This came despite Rouhani’s brother frequently accompanying him everywhere he went.

Fereydoun, however, appeared in public during a ceremony attended by Rouhani in Urmia, thus ending the rumours.

His appearance, after days of absence, silenced opponents of the administration who claimed that Fereydoun had been arrested; a rumour which had earlier been dismissed by the country’s prosecutor-general.

As indicated in the photo, he was sitting between Rouhani’s Cultural Adviser Hessamoddin Ashena and Vice-President for Women and Family Affairs Shahindokht Mowlaverdi.