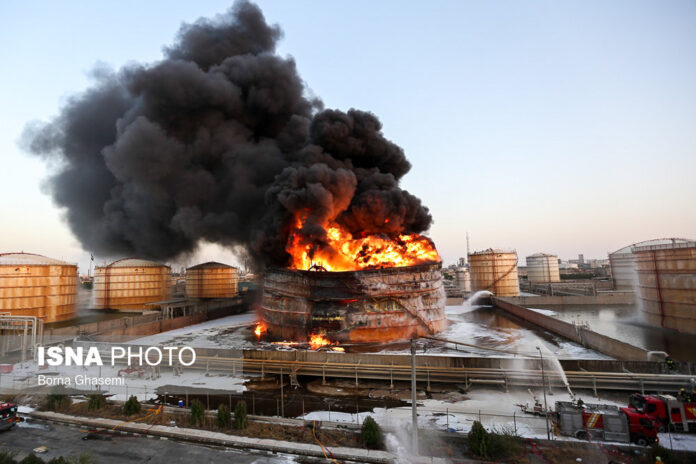 Iranian President Hassan Rouhani expressed gratitude to the people and organizations involved in containing the fire that broke out at Bou Ali Sina petrochemical refinery complex on Wednesday, July 6.

Iran’s Oil Minister Bijan Zanganeh delivered President Rouhani’s deep gratitude to commanders of fire department operations, oil companies, and courageous and selfless fire-fighters involved in containing the fire that broke out on Wednesday and continued to burn for three days at Bou Ali Sina, a large petrochemical complex in Bandar Imam Khomeini, south-west of the country.

In separate letters, Zanganeh also delivered President Rouhani’s message of appreciation for the constructive role of the governor of Khuzestan, the crisis staff, and other organizations in the province such as the Municipality, the Red Crescent Society, and Ports and Maritime Organization that made tremendous efforts in containing the fire, Mehr reported.

The inferno went out in the wee hours of Saturday, after 57 hours of constant fire-fighting efforts failed to extinguish the huge blaze at a main tank filled with combustible fluid, Naphta. The incident caused no fatalities.

After several rounds of futile attempt to put out the fire at the blazing tank, officials decided to discharge its content and let the remaining material burn itself out, Tasnim reported.

Zanganeh arrived at the site of the incident on Thursday night to assess the situation in person. He returned to Tehran this morning after the fire was successfully extinguished. The cause of the fire is under investigation.

“The plant will start over regular activities within the next few weeks,” Zanganeh announced on Saturday morning, adding, “However, returning to normal conditions for paraxylene tower will require a longer period of time.”

Zanganeh has already ruled out the possibility of any acts of sabotage or arson attack, saying the fire was a result of a technical failure.

“Some individuals have said that the incident was the result of sabotage. Certainly, this is not true. It has had technical reasons,” Zanganeh was quoted as saying by Shana.

In case of any negligence, it will be announced after thorough investigations, he stressed.

“Unfortunately, some neighbouring countries are happy with the incident, and this is so regrettable that a Muslim country becomes happy to see its Muslim brothers suffering accidents,” he noted, as reported by Entekhab.