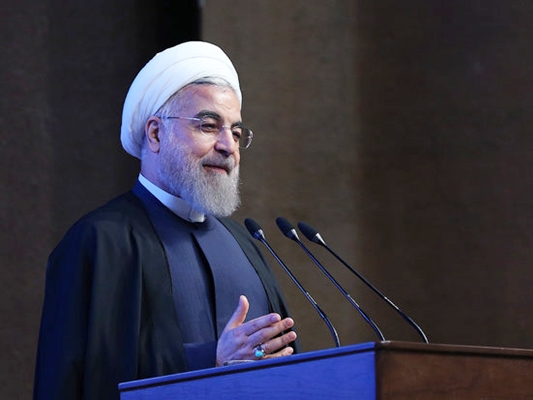 Iran’s President Rouhani said that the victory of Iranian sporting representatives in many arenas is a great virtue for the nation, while addressing a gathering of Iranian athletes during an Iftar ceremony on Sunday evening, June 19.

President Rouhani underlined the importance of exercise and sport in society and said, “Athletes are the ones who bring honour to the nation while representing Iranian culture and identity to the world. Professional sport, once merged with Islamic values and humane morals, could serve as the greatest shield against global Iranophobia and present the true image of Iran and Iranians to the world.”

“I’m pleased to live in a country where the young generation reach great achievements in scientific fields as well as sport competitions. We also have great heroes in the arena of diplomacy who managed to win over the international community and claim Iran’s nuclear rights last year.”

Noting Iran’s history “which is full of pride and honour”, Rouhani hailed the prominent role of martyrs during the Islamic Revolution and the Iraq-imposed War, underlining that Iran would never forget these heroes.

The President also lauded Iranian female athletes, “Who take part in sport competitions observing the Islamic rules [of hijab], which is a unique characteristic of the Islamic Republic of Iran,” and underlined that “this is an honour for the whole Islamic world, and marks our fidelity to our culture and identity.”

Rouhani meanwhile pointed to the efforts his government had made so far to support Iranian sportsmen and sportswomen on their way to the Olympics and Paralympics, and emphasized that the government will keep helping Iranian athletes in international competitions.