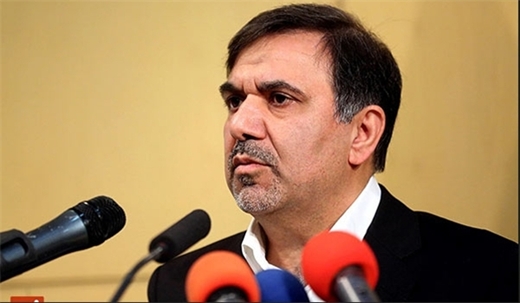 Iran has plans to build seven international airports near Tehran in ten years to guarantee the country’s pioneering role in tightening the security and development of the region, said the minister of roads and urban development.

Minister of Roads and Urban Development Abbas Akhoundi announced on Saturday that seven international airports are to be built in the neighborhood of the capital city of Tehran during the next ten years to guarantee Iran’s pioneering role in tightening the security and development of the region.

“A new arena has started in our political relations with the world after the nuclear agreement with P5+1 (the five permanent UN Security Council members – the US, Britain, France, Russia and China – plus Germany) last July and we will witness a novel chapter in various sectors, including transportation due to Iran’s strategic position in the region,” Akhoundi said at the ‘International Transportation and Development Summit; Investment Opportunities’, held at the IRIB International Conference Center on October 3-4.

He said that at present, some 92 percent of domestic transportation is conducted through roads and the government plans to decrease the figure to 78 percent in the future along with raising the share of air transportation from its current 0.1 to one percent.

“Seven international airports, with the capacity of receiving 400 long-distance flights each, will be constructed around Tehran to improve the country’s transit potential in the region,” the Iranian minister added.

Akhoundi underlined that the administration seeks to attract foreign investments to improve domestic infrastructure and transit projects, including the intended airports, and has eased the related regulations in this regard.

“We will put the projects out to tender in the future to attract the needed funds,” he said.

[He rejected efforts by foreigners to resort to middlemen and said that foreign investors are likely to be given proposals on the sidelines of this meeting, but we ask them to be in direct contact with us and turn down other proposals.]

On August 31, Iranian President’s Chief of Staff Mohammad Nahavandian announced that the Islamic Republic has turned into a hub of air transit in the region, especially following the Vienna agreement with the world six powers.

“Iran will renovate its domestic air fleet when the sanctions on the aviation industry fall away in the upcoming months,” Nahavandian said in a televised interview.

The official underlined that to experience a booming economy, Iran needs to exploit its transportation potential through developing its railways, roads, and ports.

“The incumbent government will take advantage of domestic and foreign investments to convert the country into a bridge that links West to East,” he said.

The foreign aviation companies have made a flood of offers to sell their airplanes to Iran following the nuclear agreement reached between Iran and the six world powers (the US, Russia, China, France, Britain and Germany) that ended boycott on the supply of passenger planes to Tehran.

Tehran has been conducting negotiations with creditable international aviation companies to purchase airplanes.