Riyadh should explain role of Zionist-run firm in Hajj Management 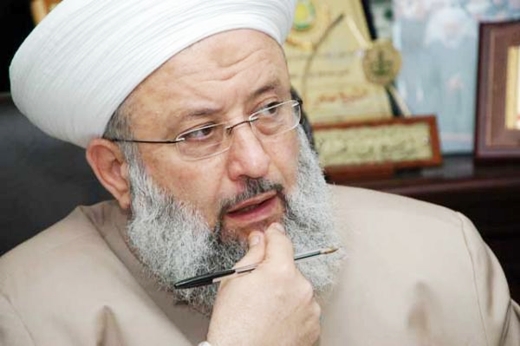 A senior Sunni cleric in Lebanon has called on Islamic countries to form a committee and launch an investigation into the exact cause of the Mina tragedy.

A top Sunni cleric in Lebanon has asked Saudi officials to offer explanations about the role a Zionist-run company plays in the management of Hajj, especially the security of the pilgrims of Masjid al-Haram [the Grand Mosque of Mecca], calling on Islamic nations to form a committee to investigate the Mina tragedy.

Sheikh Maher Hammoud, who is also the secretary general of Lebanon’s Union of the Resistance Scholars, made the comment in an interview with the Islamic Republic News Agency (on October 6) and said that bewilderment, stealth, and lack of transparency on the part of Saudi officials [following the deadly stampede in Mina] have given rise to speculations about negligence in ensuring the security of the pilgrims of the Grand Mosque.

The following is the translation of what else the Sunni cleric said in the interview:

Sheikh Maher urged people to avoid making harsh religious comments and advised the Saudis to transparently release the results of their investigation.

He further said that in the wake of the Mina tragedy allegations of negligence were leveled against the Saudis, but what unfolded afterward – the missing of some Hajj pilgrims or the bodies of the victims – clearly showed that negligence was at work.

He added that the unacceptable confusion, bewilderment, surreptitiousness of the Saudis fueled misgivings and assured us that there were problems [with the Hajj management].

“We have taken a clear line on the Saudi crimes in Yemen, Syria and elsewhere, but we think we should distinguish between these questions and Hajj. If we say these questions have something to do with Hajj, it will worsen the situation and it may drag the US and the Zionist regime into the dispute,” he said.

The Lebanese cleric went on to say that we are concerned this might lead to a mass religious revolt, adding that such a revolt will be more dangerous than the disaster itself. He stressed that the enemies are seeking to make such a thing [revolt] happen.

We have trust in Supreme Leader of the Islamic Revolution Imam Khamenei’s wisdom and insight and we hope Iran will not get caught in the trap set by the Saudi provocative behaviors, he said.

Iran has championed lofty causes such as support for Palestine and the unity of the Islamic community, he said, adding that showing reaction to the provocative comments and behaviors of the Saudis will entrap us in the US-engineered policies, but the axis of resistance will never help such a thing become a reality.

The Sunni scholar then revealed that a Zionist-run company – G4S [a British security services company] under the guise of a British company – has opened an office in London and has been given the task of administering the security affairs of the Saudis since 2010.

This company which is run by Khalid al-Baghdadi, a Saudi national, has been tasked with launching an investigation into the identity of [Hajj] pilgrims and their countries of origin, the sheikh said.

The same company has also been responsible for aggression against Palestinians in the occupied territories and Sheikh Akrameh Sabri, the [former] Grand Mufti of Beit-ul-Moqaddas along with others protested its activities and announced that G4S is not allowed to get involved in the security affairs of Hajj pilgrims, he added.

In 2010, newspapers published multiple news stories on the company’s activities, Sheikh Maher further said as he called on Saudi rulers to reveal the true nature of this company and explain its role in handling the security affairs of pilgrims.

The Sheikh concluded that a number of infiltrators are believed to have played a role in the Mina tragedy, saying that’s why Saudi rulers are expected to reveal the true nature of this company.