Mujtahid who is well-known for his revelations about Saudi family has said in a post on his Twitter account that Saoud Alqahtani known as Delim, a top advisor to the Crown Prince Mohammed bin Salman, has called on Saudi Arabia’s state-run media as well as its cyber army to use “ex-president” instead of “ousted president” when referring to Ali Abdullah Saleh.

Saleh, who led Yemen for more than 30 years, was deposed after 2011 Arab Spring uprisings that swept the Middle East. In late 2014, Houthis took control of the capital and much of the north.

Alqahtani’s call has been translated into reality immediately so that Al Arabia TV changed the “ousted president” into “ex-president” for Saleh in its news reports just within four minutes, a Farsi report by Fars News Agency said on Sunday.

Mujtahid who has managed to access Alqahtani’s call on the cyber army and media through a WhatsApp channel, added the top advisor has also urged the media and the cyber army to represent Ansarullah Movement as “terrorist and ethnic group backed by Iran.”
According to the report, these moves are part of a larger plan by Saudi Arabia to support Saleh in its struggle to get back to power.

This comes as the capital Sana’a has been the scene of clashes between the forces loyal to Saleh and Ansarullah Movement. The Saudi-led coalition which is delighted by the clashes has called the clashes an underway “revolution.”

With the deteriorating situation in Sana’a, Leader of Ansarullah Movement, Abdul-Malik Badreddin al-Houthi, has called for vigilance against the enemies’ plots. He has also called on all conflicting sides in Yemen to sit for talks to resolve their problems.

Ansarullah Movement has also expressed concerns over the recent statements of Saleh.
Earlier, Saleh called Ansarullah an “outlawed” movement. He also expressed his readiness to hold talks with Saudi Arabia and its neighbouring states.

In reaction to the statements, Ansarullah movement called the forces loyal to Saleh “criminal militias” adding their move to create chaos in Sana’a is unprecedented and has no legal justification.

On the other hand, the security forces of the Ansarullah Movement in Yemen managed to arrest the nephew of Saleh. 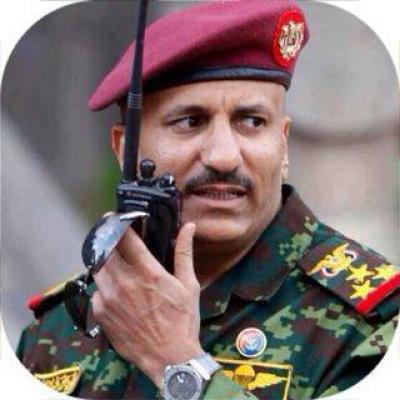 Tariq Abdullah Saleh was arrested along with a number of his comrades in the capital Sana’a over sabotage and creating chaos in the city. Violent clashes between Ansarullah Movement and forces loyal to Saleh the capital continued for the fourth straight day on Saturday.

Fighting intensified on Saturday according to eyewitnesses who said loud explosions were heard overnight across the city and into the morning. Mediation efforts by tribal elders and officials over the past few days have come to no avail.