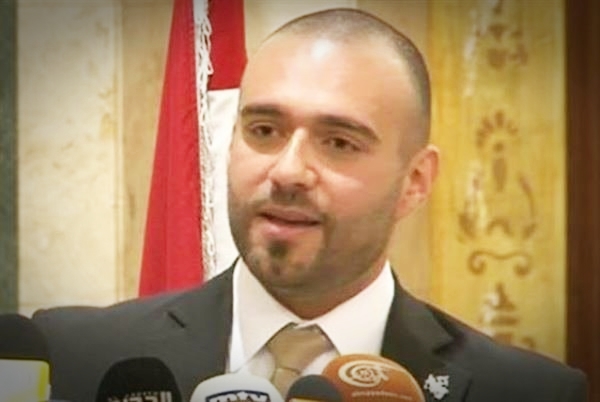 Saudi Arabia has recently expressed its readiness to deploy special forces to the war-hit Syria if the US-led coalition allegedly hitting the Daesh terrorist group decides to deploy ground troops.
Rodrick Khoury, the Leader of the Lebanese orthodox party Masarik, lashed out at the Saudi decision as a plot to spread Takfirism across the Middle East, but at the same time noted that Riyadh’s direct or indirect interventions have always been doomed to failure.

“In the Middle East, we are witnessing two types of conflicts and disputes. The conflicts are between two projects, namely the moderate project led by Russia, Iran, and Syrian government, and the Takfiri and extremist project, which is being implemented by certain countries like Saudi Arabia, Qatar, and Turkey,” Khoury said in an interview with Mehr News Agency on Tuesday.

“Past experiences indicate that Saudi Arabia always try to deploy certain groups to different region to have its plots implemented,” he went on to say.

However, Khoury added, when Saudi hirelings fail to bring achievements for Riyadh in a region, Saudis raise the issue of direct interference.

“We witnessed such an instance in Yemen. Saudi Arabia could not realize its goals in Yemen through its hirelings and allies, so it decided to directly deploy troops to the Arab country,” he added.

“Saudi Arabia has failed in imposing its ideology in Syria; especially after Russia’s military aid and the Syrian nation’s sacrifices defeated the Saudi plots in Syria, they have raised the issue of direct interference,” he noted.

Khoury went on to say that the Takfirism and its spread across the region, from Yemen to Lebanon and Syria, is the Saudis’ plot for the region.

“Riyadh is trying to implement its plots whether through its hirelings or via direct intervention in regional countries,” he added.

However, he said, the important fact is that Saudis’ direct or indirect intervention in the region has always been doomed to failure.

For example, Khoury mentioned, on Iran and its Islamic Revolution, the entire world was against Iran, but the Iranian nation proved that it can realize its demands and stand against the world through its resolve.

The Syrian nation has also decided to resist the project of Saudis, namely the Takfiris, the Lebanese figure added.

“Currently, the situation in Syria is better that that of Iran in the course of the Islamic Revolution (1979), because the global system has now changed, and the unilateralist viewpoint does not exist anymore. The US and its allies cannot impose their will on today’s world,” he said.

The Masarik party leader further described Russia as a powerful country and Iran as an influential one in the Middle East.

Therefore, he added, whether Saudis send their ground forces to Syria or have an indirect presence there through their proxies, they would not be able to make any achievement, because “we will resist all these plots.”

Elsewhere in his remarks, Khoury referred to the election of Lebanese president, and stressed that both Suleiman Frangieh and Michel Aoun are powerful and loyal Maronites and candidates of March 8 Alliance, none of whom can be preferred to the other.

The issue, therefore, needs further and closer investigations, he said, reiterating that Aoun and Frangieh are distinguished figures who have supported the Resistance project against Zionism and Takfirism.

“Masarik party is an orthodox Christian one with popular bases in Lebanon, Syria, Jordan, and Palestine,” he said about the party he leads.

“This party believes that Christians are both targeted by Takfiris and Zionists, and we have witnessed that in Palestine,” he added.

“As a Christian party, we are proud of the Islamic Revolution of Iran, and I think the most important message of this Revolution was that Islam is not an enemy of Christianity, and the divine religions of Islam and Christianity share common values,” Khoury said.