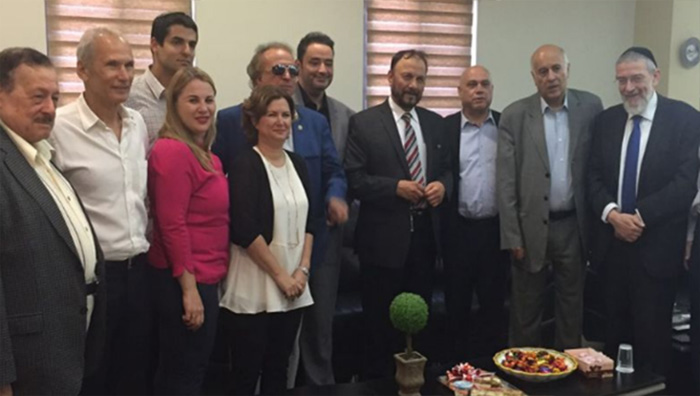 A well-connected retired general in the Saudi military has travelled to Israel, in the latest indication of a growing link between Tel Aviv and Riyadh which has come to light in recent months.

The daily called the visit “a highly unusual one,” as Eshki couldn’t have travelled to Israel without approval from the Saudi government.

Eshki and Gold raised an uproar first in June 2015 when they held a publicized joint event in Washington, after meeting privately several times over the preceding year.

Gold attended the event a few days before assuming the role of director general of the Israeli foreign ministry.

Israeli legislator Esawi Freige, who organized Eshki’s meeting with his fellow members of Knesset, shed some light on the trip. “The Saudis want to open up to real,” he said.

“This is a strategic step for them. They said they want to continue what former Egyptian President Anwar Sadat started. They want to get closer to Israel. This is clearly evident,” Fregie noted.

He was referring to the former Egyptian president’s negotiations with Israel, which culminated in the Egypt–Israel Peace Treaty in 1979 – the first between an Arab state and Tel Aviv at the time.

Haaretz said that during the meeting with the parliamentarians, Eshki encouraged dialog in Israel on Saudi Arabia’s Arab Peace Initiative.

The proposal was unveiled in 2002, offering normalized ties with Israel by 22 Arab countries in return for Tel Aviv’s withdrawal from the occupied West Bank.

During an interview with the Qatari news channel Al Jazeera in April, Eshki said Riyadh would open an embassy in Tel Aviv if Israel accepted the Saudi initiative. He also said the Saudis were not interested in “Israel becoming isolated in the region.”

Back in May, Israeli newspaper Arutz Sheva reported that Saudi Arabia and its Persian Gulf allies, namely Jordan and Egypt, had been sending messages to Israel through various emissaries, including former British PM Tony Blair.

They had asked Tel Aviv to resume Middle East negotiations under new terms, which included changes to the Saudi initiative, the paper said.

Most Arab governments have no diplomatic relations with Israel. Even so, reports have indicated that several of them, including Saudi Arabia, have had secret relations with Tel Aviv.

Last November, the Associated Press reported that Israel was set to open a “permanent mission” in the UAE.

In May, the Middle East Eye news portal reported that Israel and some Arab countries, including the UAE, Egypt, and Jordan, were planning to overthrow Palestinian President Mahmoud Abbas and replace him with former leader of the Fatah movement Mohammad Dahlan.

The minister outraged many Egyptians for visiting Israeli Prime Minister Benjamin Netanyahu’s family, during which the two watched the Euro 2016 soccer final.