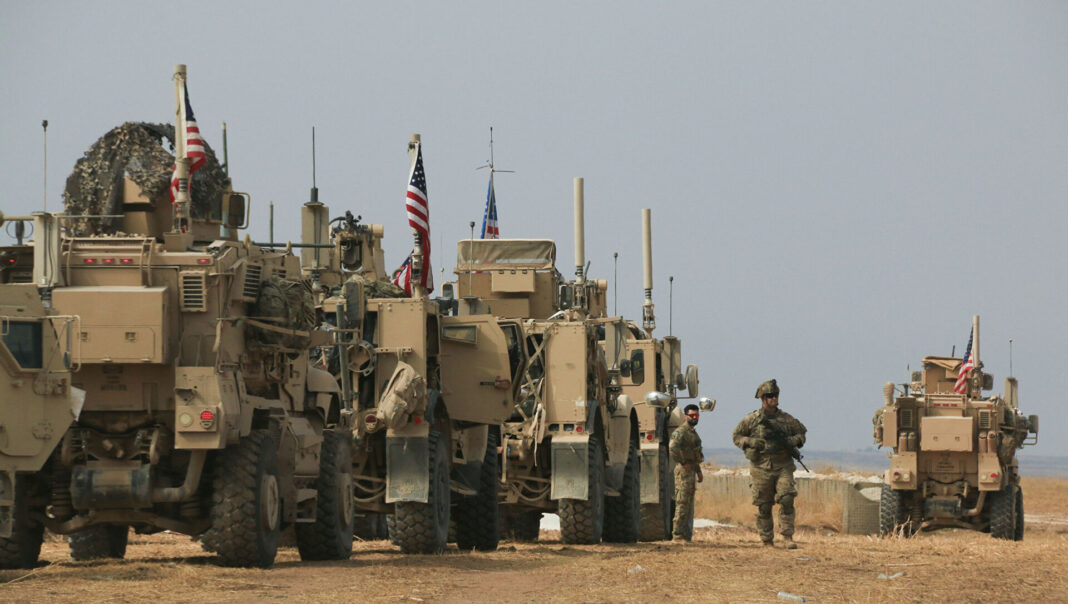 The US military has sent in more than one hundred vehicles from Iraqi territory in two columns moving towards the province of Hasaka, the SANA news agency reported, citing accounts of local sources from the al-Yaroubiya region.

The first convoy reportedly consisted of around 60 vehicles, while the second had around 40 of them.

They crossed into Syrian territory from Iraq via the al-Waleed crossing, SANA’s sources stated.

Both convoys moved under the protection of several armoured vehicles.

The US deployed in Syria under the pretext of fighting Daesh, but has not completely withdrawn despite declaring the terrorist organisation defeated. Washington also lacks a UN Security Council mandate or an invitation from the elected government in Damascus to justify the deployment of its forces in the country.

Damascus, Tehran, and Moscow have repeatedly objected to the continuing stay of American troops in Syria, calling it illegitimate. Washington, in turn, claims that its forces have stayed behind to prevent the local oil resources from ending up in the hands of terrorists. However, the Syrian government insists they are, in fact, are engaged in the theft of the nation’s oil resources.