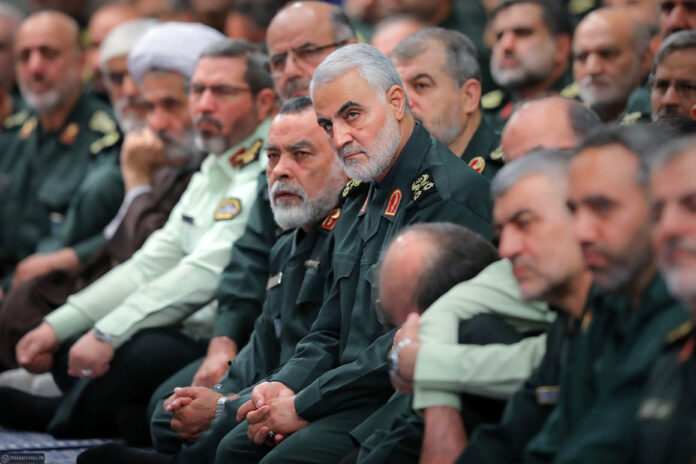 A research has concluded it was “probable” a U.K. intelligence headquarters was used to assist the U.S. in the assassination of Iran’s top anti-terror commander lieutenant general Qassem Soleimani. Tehran has stressed determination to take revenge from the assassins of the late commander.

Campaigners have called on British ministers to explain whether the secretive Menwith Hill intelligence base in Yorkshire is involved in recent drone strike assassinations, after the publication of a report that raises questions about UK involvement in US attacks.

The research concludes it “was probable” that Iranian general Qassem Soleimani was killed in January last year using information obtained from the British site, essentially an outpost of the US National Security Agency (NSA).

It also raises questions about whether British personnel on the site are involved in assisting deadly US drone strikes – in particular in Yemen, Pakistan and Somalia, all conflict zones where the UK is not formally at war.

Barnaby Pace, an investigative journalist, complains in the report that the US and UK forces at Menwith Hill “operate beyond public scrutiny and accountability” – and that, unless there were change, “Orwellian surveillance systems and extrajudicial executions exposed in recent years will likely continue”.

The report, presented at a special meeting of the Menwith Hill Accountability Campaign, demands “any US military activity or US security agency activity carried out at Menwith Hill be carried out in such a way as to make those responsible fully accountable to the UK”.

Menwith Hill is eight miles west of Harrogate on the fringes of the Yorkshire Dales, known for its distinctive large white golf ball domes housing radar equipment. Although nominally an RAF base, it is in fact the largest known overseas site of the NSA, with 600 US personnel and 500 British civilians on site.

Leaked documents from the Snowden files have shown that Menwith Hill is part of an eavesdropping network, able to collect data from hundreds of millions of emails and phone calls daily and of pinpointing phones on the ground.

Information obtained can be used in “capture-kill” operations, including the tracking of Taliban targets in Afghanistan in 2011 – leading to “approximately 30 enemy killed” – and again in 2012, according to previously published analysis of the Snowden files summarised by Pace.

Another programme, Ghostwolf, sought to identify terrorists in Yemen. Evidence obtained was used to “capture or eliminate” targets – during the Donald Trump administration US drone strikes in the country killed at least 86 civilians, including 28 children.

“Intelligence programmes at Menwith Hill have reportedly played a key role in operations to ‘eliminate’ people in Yemen, as part of a deadly drone bombing campaign that has resulted in dozens of civilian deaths in a country that neither the UK nor US has declared war with,” Pace added.

The US says its drone strikes in Yemen are legal, citing the Authorisation of Military Force Act passed in 2001 after the 9/11 attacks. But no similar law exists in the UK and MPs have only voted for military action against Islamic State in Syria and Iraq (ISIL, ISIS or Daesh) where the RAF remains engaged in a bombing campaign.

In light of the leaks, Pace concludes it was likely that Menwith Hill had a role to play in the killing of Soleimani in January 2020, an action that briefly threatened to plunge the US into a wider conflict with Iran. British ministers have refused to comment on whether the Yorkshire base did have a role in the drone strike, in the light of a longstanding policy that “we do not comment on the details of the operations carried out at RAF Menwith Hill”.

But Pace argued that such secrecy raises serious questions.

“The involvement of the UK and Menwith Hill in an assassination that threatened to spark a war should be of great concern. The UK government’s failure to assure the public that the base was not involved raises deep questions about the accountability for actions at the base,” he wrote.

A Ministry of Defence spokesman noted, “RAF Menwith Hill is part of a worldwide US defence communications network, with the base supporting a variety of communications activity. For operational security reasons and as a matter of policy, neither the MoD nor the [US] Department of Defense publicly discuss specifics concerning military operations or classified communications regardless of unit, platform or asset.”