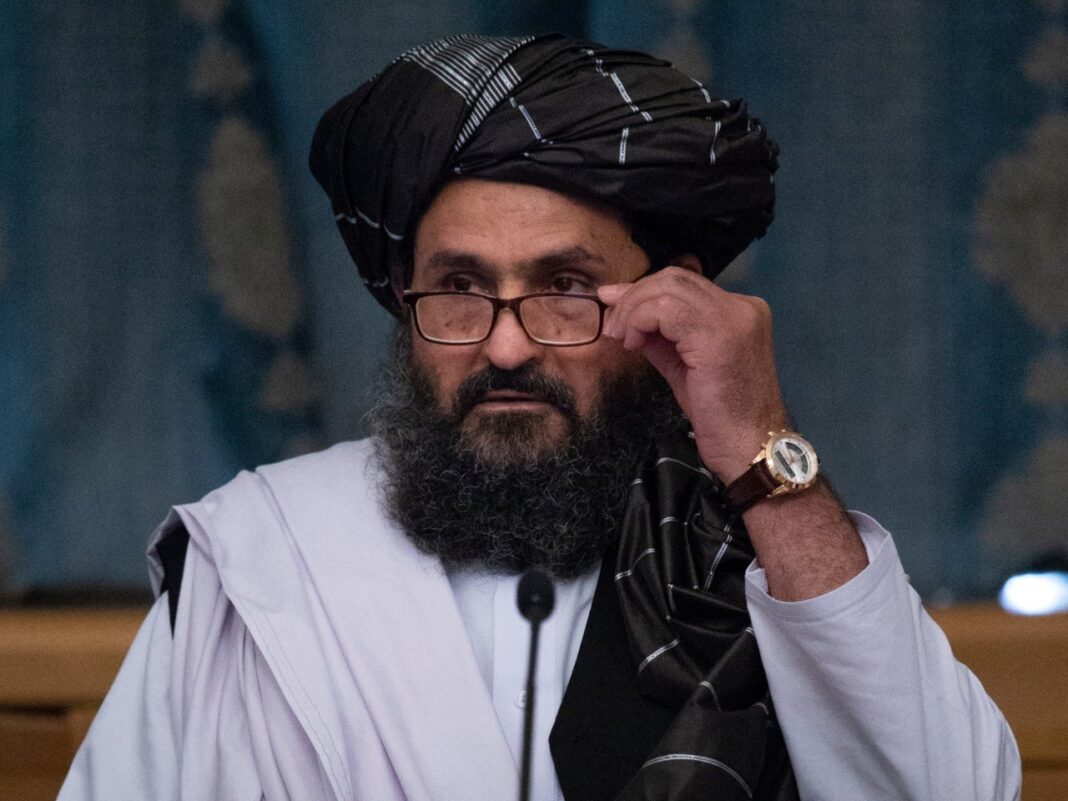 Mullah Abdul Ghani Baradar, the Taliban co-founder and current acting prime minister of the so-called Islamic Emirate of Afghanistan, has been sidelined after a dramatic shootout in the presidential palace in Kabul, according to people with knowledge of the matter.

Baradar, the group’s most public face who led peace talks with the US, was physically attacked by a leader of the US terrorist-designated Haqqani Network in early September during talks at the palace over forming the cabinet, the people said, asking not to be identified discussing the incident.

Baradar had pushed for an “inclusive cabinet that included non-Taliban leaders and ethnic minorities, which would be more acceptable to the rest of the world”, the people added. At one point during the meeting, Khalil ul Rahman Haqqani rose from his chair and began punching the Taliban leader.

Their bodyguards entered the fray and opened fire on each other, killing and wounding a number of them, the people stated. While Baradar was not injured he has since left the capital and headed to Kandahar – the group’s base – to speak with Supreme Leader Haibatullah Akhundzada, effectively the Taliban’s spiritual head.

The cabinet lineup released on Sept. 7 included no one from outside the Taliban, with about 90% of spots going to ethnic Pashtuns from the group.

Members of the Haqqani family received four positions, with Sirajuddin Haqqani – leader of the Haqqani Network who is on the FBI’s most wanted list for terrorism – becoming acting interior minister. Baradar was named one of two deputy prime ministers. The Taliban and Haqqani groups merged around 2016.

The people said the head of Pakistan’s intelligence agency, who was in Kabul during the discussions, backed the Haqqanis over Baradar, who spent about eight years in a Pakistan prison before the Donald Trump administration facilitated his release to participate in peace talks. The little-known Mullah Mohammad Hassan was chosen as prime minister instead of Baradar because he has better links with Islamabad and isn’t a threat to the Haqqani faction, they added.

The media office of the Pakistan military didn’t immediately respond to a request for comment.

Over the past week, members of the Taliban have rejected reports of a clash. Baradar appeared on state-run television on Thursday to deny rumors he’d been wounded or even killed. Baradar wasn’t present on Sept. 12 to welcome Qatar’s foreign minister, Sheikh Mohammed bin Abdulrahman Al-Thani, and he missed the Taliban’s first cabinet meeting this week.

“Praise be to God, I am safe and sound,” he said in the brief address, adding, “Another statement made by the media that we have internal disputes is also completely not true.”

He brushed off speculation over his absence during the visit of the Qatari delegation, where other cabinet members including several Haqqanis were present. The Gulf state had hosted Baradar for several years and facilitated negotiations with then Secretary of State Michael Pompeo to end America’s longest war.

“There are not any differences among the leaders of the Islamic Emirate,” Karimi stated, adding, “They don’t brawl over any office or government positions.”

The divisions within the Taliban are a worrying sign for western nations which have urged the group to implement more moderate policies including respect for women’s rights. China and Pakistan are pressuring the US to unfreeze Afghanistan’s reserves as the country faces soaring inflation and a looming economic crisis.

The relationship between the Haqqani faction and the Taliban has long been uneasy. Still, Anas Haqqani, a key leader of the group, also took to Twitter to deny any rift.