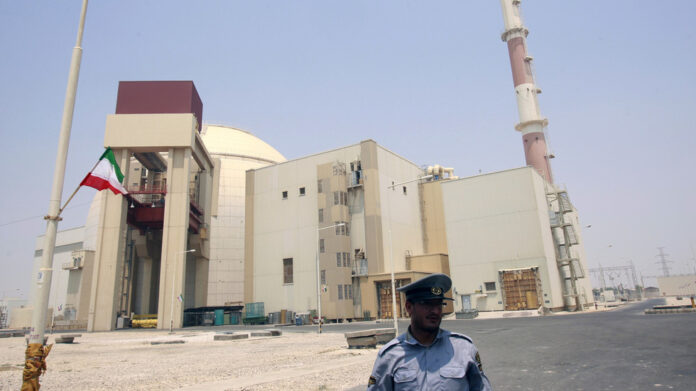 The Israeli military has launched a ‘highly secret’ intelligence and analysis center to monitor Iran’s nuclear capabilities, according to a report. Tehran has warned of crushing response to any Tel Aviv military adventurism.

The Israeli army has established intelligence and analysis base to monitor Iran’s activities, especially related to its nuclear program, the Walla news website reported.

The highly secret base gathering Israeli intelligence officers and analysts was launched in recent months as a result of reforms in interdisciplinary intelligence. They identify and analyze the covert actions by Tehran allegedly aimed at concealing the nuclear program, according to the report.

Walla said, citing a high-ranking Israeli army officer, that Israel had collected enough information about the Iranian nuclear program, adding that the base employees use artificial intelligence and the latest technologies to collect and analyze data.

The base also plays an important role in identifying the Iranian military presence in Syria and striking pro-Iranian armed formations there, according to the news outlet.

Tehran has reiterated that the Israeli regime is in no position to make statements about Iran’s nuclear energy program.

“This regime is sitting on hundreds of nuclear warheads, is not a member of the NPT, and refuses to join this treaty or any other international monitoring regime,” The Iranian Foreign Ministry spokesman Saeed Khatibzadeh told France 24.

The spokesman explained that the Islamic Republic of Iran is a signatory to the Treaty on the Non-Proliferation of Nuclear Weapons, has fully complied with its obligations, and 15 consecutive reports by the International Atomic Energy Agency show Iran has fully and sincerely adhered to the 2015 nuclear agreement.

Khatibzadeh made the remarks in response to a question about the Israeli prime minister’s claim during his address to the United Nations General Assembly that Iran’s atomic program has quote crossed all red lines.

Iran has also warned the Israeli regime against any miscalculations about, and possible military adventurism against the Islamic Republic, including its nuclear program.

Iranian Ambassador to the United Nations Majid Takht-Ravanchi issued the warning in a letter to the UN Security Council in response to Tel Aviv’s recent threats.

“Over the past months, the number and intensity of the Israeli regime’s provocative and adventuristic threats have constantly increased and reached alarming levels,” wrote the letter.

“Its last case came from the head of the regime’s military, who has threateningly said that operational plans against Iran’s nuclear program were expanding, and that operations to destroy Iran’s capabilities on different fronts will continue at any time,” Iran’s ambassador noted in the letter.

He added Iran has, in several letters, already expressed its objection to the UN Security Council over Israel’s previous threats.

“Such blatant and systematic threats by the Israeli regime against one of the founding members of the United Nations amounts to gross violation of international rights, particularly … the UN Charter,” he continued.

“The fact that the Israeli regime keeps ‘destroying Iran’s capabilities’ undoubtedly proves that this regime was responsible for terrorist attacks against our peaceful nuclear program in the past,” he added.

“Given the evil history of the Israeli regime’s destabilizing methods in the region as well as its covert operations against Iran’s nuclear program, this regime should be tackled and made to halt all its threats and disruptive behaviour,” he said.