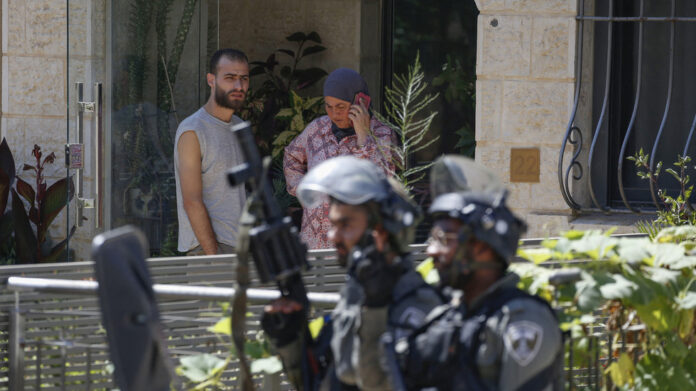 The Israeli military can listen to all mobile and phone conversations taking place in the West Bank and Gaza, intelligence source disclosed. A former Israeli military officer says harsh invasion of privacy provides Israeli Security Agency a system of control over the Palestinians.

The Israeli military has reportedly bugged all mobiles and phones imported into Gaza and actively monitors the mobile networks operating in the occupied territories to find “pressure points” used to blackmail Palestinians.

At any given time, hundreds of Israel Defense Forces (IDF) troops are listening in on phone conversations in the West Bank and Gaza, a former member of the IDF’s ‘Unit 8200’ signals intelligence corps told the Middle East Eye news outlet.

The unidentified corpsman claimed that all mobiles and phones imported into Gaza through the southern Kerem Shalom crossing are implanted with an Israeli bug. Similarly, anyone making use of the occupied areas’ only two operational mobile networks – Jawwal and Wataniya – is apparently under surveillance.

Besides monitoring politically active Palestinians and potential security threats, Israel’s Shin Bet internal security service reportedly conducts an additional level of audio monitoring to identify adulterers and homosexuals who can be “pressured” to join its network of informants.

“This is an entire world in which the Shin Bet can acquire power over Palestinians that ultimately forces them to collaborate or reveal things about other people, and it is all part of the system of control,” he noted.

The IDF veteran said the “grunt work” behind this mass surveillance system is being carried out by soldiers who learned Arabic as part of their military service – and apparently are told by “the people around them” that “this is proper” and “there is no reason” to “think that what they are doing is not okay.”

These troops are reportedly monitored by Druze soldiers or soldiers of Syrian descent who are native Arabic speakers. The transcribed conversations are translated and sent to the IDF’s intelligence divisions and to the Shin Bet, stated the ex-soldier, who added that there were no limits to both Israel’s capabilities to invade Palestinian privacy and on what the soldiers can do with the “intimate conversations” they intercepted.

“People who are soldiers in the army would laugh when they heard sex talk. Soldiers save the conversations and send them to their friends. This is a very harsh invasion of the privacy of every Palestinian living there,” he declared.

Last week, reports emerged about the IDF using invasive facial recognition tech as part of a surveillance dragnet in the West Bank.