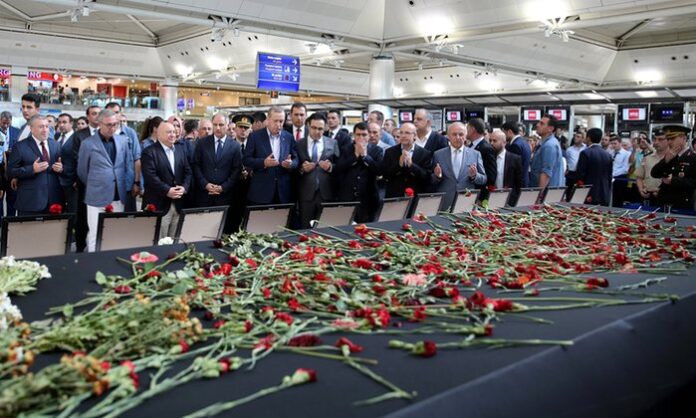 An Iranian analyst of Turkish affairs says the recent deadly terrorist blasts in Istanbul were a message from Saudi Arabia to Turkey, reminding Ankara of who the boss is.

In an article published by Tasnim, Massoud Sadr-Mohammadi, a political analyst focused on Turkey, underlined that the recent changes in Turkish President Recep Tayyip Erdoğan’s foreign policy and that of his party on the one hand, and the soured relations between Riyadh and Ankara on the other hand, are inextricably intertwined.

Here is IFP‘s translation of excerpts from the article:

Since the establishment of Justice and Development Party (AKP), Saudi Arabia has had a major role in Erdoğan’s success. A lion’s share of Erdoğan’s economic achievements has been gained thanks to the generous investments of Saudi Arabia and Qatar.

Although Turkey’s cooperation with these two countries had entered a new level, it did not last long because of three reasons: First, the appointment of Sheikh Tamim bin Hamad Al Thani as the eighth Emir of Qatar; second, the turmoil created in the Arab world; and third, the worsening situation of the ongoing war in Syria.

It has been several months that Turkey and Saudi Arabia have serious disagreement over the strategy to end Syria’s quagmire.

Erdoğan blames Saudis for being unfair since he believes his country has suffered more losses in the game than the other side, and now it is high time to put an end to this so-called unjust game.

One of the major discords between Riyadh and Ankara is on how to deal with the ISIS terrorist group. Turkey wants ISIS eliminated as soon as possible, and thus has gotten involved in direct talks with Syrian President Bashar al-Assad since last year.

Unlike Erdoğan, Saudis are after a pseudo-Taliban model for ISIS. They believe that the Takfiri [extremist] group [ISIS] should stay alive in a particular geographical area, and to this end, have put Ankara under pressure to give ISIS some parts of its territory near the Syrian borders.

This would explain the mortar shells fired at Turkey’s border areas a few weeks ago. They were aimed at spreading fear among the residents in a bid to force the inhabitants into immigration and evacuation of the area for ISIS’s settlement.

Erdoğan would never offer parts of his country to Takfiri terrorists, even for a limited amount of time. Therefore, in an attempt to adopt an entirely new foreign policy, he has begun restoring Turkey’s soured relations with such countries as Israel, Russia, Iran, and Egypt.

Negotiations between Erdoğan and Assad were started by Turkey’s left-wing party, which has strong lobbies in the country’s MLKP (Marxist–Leninist Communist Party) and intelligence organization. It is still unknown to us whether Erdoğan himself has given the green light to begin the negotiations with Syria; however, there is no doubt that the government has authorised the persistence of the talks.

Erdoğan should be thankful to MLKP because his government managed to avert a direct war with Syria through the channel of these talks. Apparently Algeria has been chosen as the location for the direct negotiations between the two countries.

Recent developments in Turkey’s foreign policy attest to the fruitfulness of the negotiations. Sources say that Erdoğan has plans to say prayers in Umayyad Mosque in Damascus as a sign of peace.

The recent tragic blasts in Istanbul can be interpreted as a message by Saudi Arabia to show who the boss is! Similar explosions can be expected for the coming days.

ISIS has felt the danger and there is a good chance that the terrorist group urges its affiliates to launch lone-wolf attacks, which means an irregular and asymmetric terrorist war.

ISIS’s safe-houses overrun the metropolitan areas and southern cities of Turkey, and this makes it difficult for the country to curb their terrorist activities. Turkey is badly prone to terrorism unless it could use Israel and the US as a conduit for lobbying with ISIS and other minor Takfiri groups.