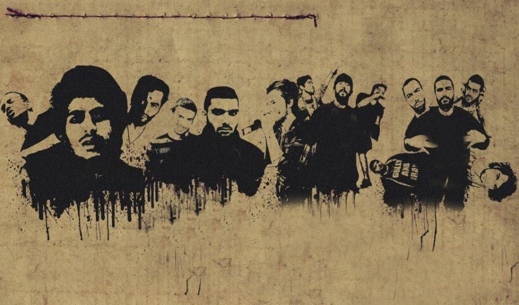 Things look up for rappers in Iran after in an unprecedented move the Ministry of Culture and Islamic Guidance granted a permit to a rap album for the first time.

In recent years, rap music has grown in popularity with Iranian youth and it’s impossible for culture officials to brush aside its underground growth.

After the Government of Prudence and Hope took office, Ali Moradkhani, the deputy culture minister for arts, was the first one who dropped the hint in an interview two years ago when he said, “We are trying to make sure there is no such nothing as underground art. […] When those involved in underground [art] activities are authorized to work, they will comply with the law.”

Later, the director general of the Music Department at the ministry, Pirouz Arjmand, said that measures are being taken to recognize rap music, adding that the government tries to resolve every problem through expert studies.

In an analytical look earlier in May, Donyay-e Eghtesad, a daily, tried to review remarks by officials of Rouhani’s government on underground music, rap in particular, and the process which led to the first permit for a rap album. The following is the translation of a part of the report:

Arjmand said, “Although rap music has originated in the West, there are similar cultural pieces in our culture such as storytelling. What some of our poets who recited epic poetry did was very close to rap music.”

He said if underground rap albums met the requirement of the Music Department, which was compatibility with the genuine Iranian culture, they would be granted an official permit. His pledge was recently honored when a first rap album debuted on Iranian market.

In a ceremony to unveil the first rap album, Kaveh Abedin, the rapper, said his album was actually made a decade ago, when he was still a school student. “One of my friends had a good voice, another was good at playing the piano and I had a dream to pursue. The notion of producing an album came into being back then.”

On the process which led to the release of a permit for the album, Abedin said over the last decade, he applied for a permit almost every two years.

The official release of the first rap album seems to have opened a new chapter in the cultural and managerial policies of the culture ministry, a chapter which officially recognizes rap as part of Iran’s music industry. Until a few years ago, it was a distant dream for rappers to get a foothold in the Iranian music market, but believe it or not, the first album has now hit the music stores.