Radical Salafism Will Win If Saudi Arabia Is Not Stopped: British Academic 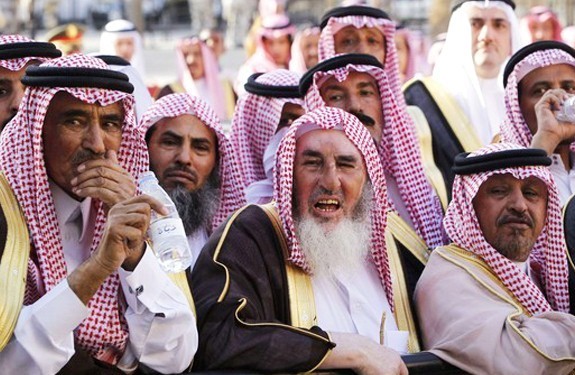 Michael Axworthy, a British academic who has also worked at the British Foreign & Commonwealth Office, believes that if Saudi Arabia is not warned against its activities in the Middle East, the Saudi-backed radical ideologies of Wahhabism and Salafism would finally win.

Here are excerpts from Axworthy’s article in The Guardian, as covered by Vaghaye Ettefaghieh daily in Farsi:

It may seem arrogant to say that ideas matter and money and economics ultimately don’t, but it is actually true. A country or a political system has to be based on an idea. The fundamental question is whether the idea of al-Qaeda and ISIS, of intolerance and hatred, and their kind of justice, is superior to our idea of freedom, tolerance and justice. I don’t think so. But the 7/7 [London] bombers, and too many others since then, did – and do.

Extremists say their bodies are their cruise missiles and cluster bombs, and they are right. They have faith and belief, and if we don’t believe in what we stand for, they will win and we will lose. So it is important to say what we mean, and mean what we say.

Or, put another way, alongside what we get from our relationship with Saudi Arabia, we also have to try to calculate what we lose. If we lose some credibility, that is bad. But if we lose our own integrity, that is a great deal worse, and potentially disastrous.

We are not, ultimately, being a good friend to Saudi Arabia or UAE or Bahrain if we simply take their money and tell them what, in their fear and paranoia about their region, and their own insecurity about their uneasy hold on their own rule, we think they want to hear. The Saudis are in a difficult position, and their war in Yemen is not making things better. They need to hear some hard messages, and it is our job to tell them. We are in a rather good place to do it.

Ideas matter. Religion matters. And the sectarian confrontation in the Middle East is only going to get worse if all do not make a concerted effort to put it right. It was a mistake for the UK to take sides in that confrontation (others, Germany for example, have rightly been more cautious).

British influence is not what it was, but the real question is whether, whatever its effectiveness, that influence is being applied in the right direction, to the right purpose. Is it currently being applied toward stability and long-term resolution of conflict, or towards the Treasury’s prosperity agenda? I think we know the answer.

British Foreign Secretary Boris Johnson knew the answer, and recently suggested that in their proxy wars in the Middle East region, Saudi Arabia and Iran were equally to blame. He was ridiculed for a gaffe, because at around the same time Theresa May was on a trip to the Persian Gulf, among other things praising the Saudis for what she called their leadership.

Boris had some good moments in 2016, and some less good, notably around the Brexit referendum. But this supposed gaffe was nothing of the sort. We need to have the courage – like Boris, in this case – to tell the truth, and to tell it to the Saudis and their allies.

Because otherwise, some way down the road, ISIS and its ilk may win.