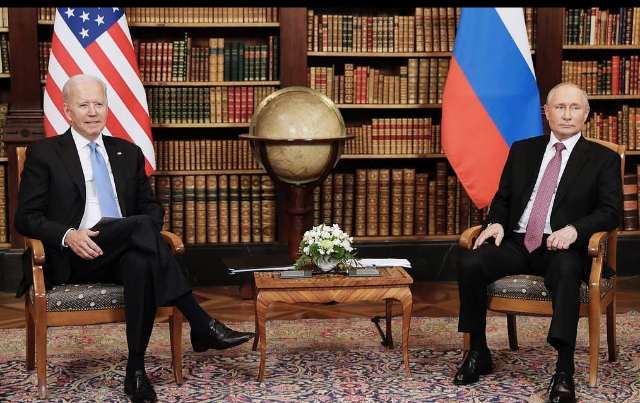 Presidents of Russia and the Unites States, Vladimir Putin and Joe Biden, will discuss issues of mutual interest including Iran and Afghanistan, according to a Kremlin aide.

The date of Putin’s videoconference meeting with Biden has been tentatively approved and will be announced after it has been finalized with US counterparts, Kremlin Aide Yuri Ushakov told reporters on Friday.

“We are working on a possible contact between Putin and Biden in the videoconference format. This contact is to take place within days. We have a concrete date and time for this videoconference. But it is better to wait until all its parameters are agreed with the US side and then we will be able to announce it officially. This videoconference meeting is being prepared quite actively,” he said.

“The agenda is obvious. It will be an important contact as a follow-up to the Geneva talks. The progress in the implementation of the Geneva agreements will be touched upon,” Ushakov added.

“They will be talking about bilateral affairs, pressing international issues, including Afghanistan, Iran, the intra-Ukrainian crisis, and Libya. Syria may be touched upon, if the conversation goes that way,” he continued.

The Russian presidential aide added that the leaders would also discuss “progress in the dialogue on strategic stability.”

“The implementation of our idea to hold a summit of the permanent members of the UN Security Council will certainly be touched upon,” Ushakov said.

NATO-related issues will be also on the table of the talks. The two presidents will discuss legal accords on excluding NATO’s further eastward enlargement.

“I think that the Russian president will discuss this issue in the course of his upcoming contact with President Biden,” Ushakov noted, reminding reporters that Putin spoke about the need for guarantees in this sphere at a Foreign Ministry enlarged board session and at a meeting with foreign ambassadors.

“This is our proposal on the need to hold joint work with colleagues, with leading countries on reaching corresponding legal accords that would rule out any further eastward expansion by NATO and the deployment of weapon systems that directly threaten us on the territory of states bordering on Russia, including Ukraine,” he stated.

According to Putin’s aide, Moscow urgently needs assurances that NATO would not expand in the eastward direction.

“It is a very old issue. Both the Soviet Union and Russia were given verbal assurances that NATO’s military structures would not advance eastward. However, it turned out that those verbal assurances were worthless, although those statements were documented somehow, and there are records of the corresponding conversations,” the Kremlin aide continued.

“Given the current tense situation, there is an urgent need for us to be provided with appropriate guarantees, as it cannot go on like this,” he emphasized, adding, “It is hard to say what form this document will take, the main thing is that they must be written agreements.”

Additionally, Ushakov did not rule out that the Russian and US presidents might touch upon the situation in the oil market.

“I do not know but they might [touch on the oil market]. There are a lot of issues. A corresponding memo is being drafted, but there could be other issues, including the pandemic and climate change,” he stated.

“The main thing is that not only do we, but hopefully our American counterparts as well, realize how crucial and necessary this contact is,” he continued.

“We are working on this contact with Olympic serenity, and we are not rushing the Americans, as we remain ready to hold it when it is convenient for them. Now we are close to agreeing on the timeframe convenient for both sides,” Ushakov said in conclusion.