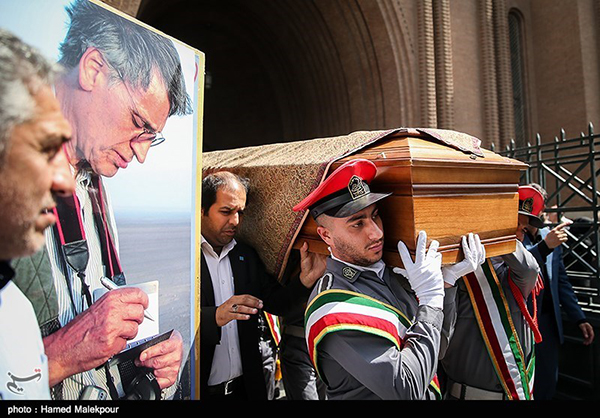 Images of the wake of prominent Iranian archeologist Professor Adl in Tehran.

Earlier there were speculations that the body of Professor Adl might be taken to Herat, Afghanistan to be buried alongside his ancestor.

The following images of the burial have been issued by Tasnim News Agency: