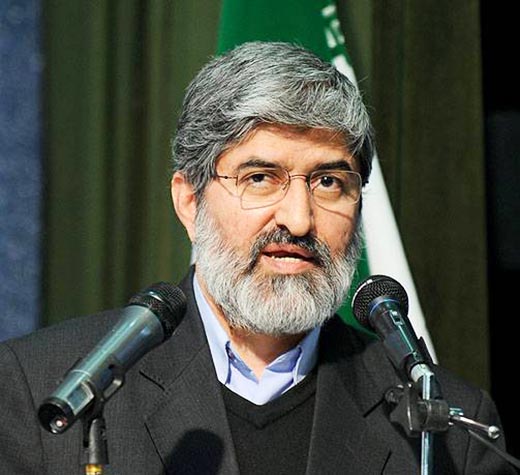 We always need to have a student movement, because authority needs to be critiqued, otherwise governments grow corrupt, Tehran MP Ali Motahari said.

December 7 was Student Day in Iran. Universities across the country hosted ceremonies, including speeches by prominent figures, to mark the occasion. Tehran MP Ali Motahari delivered one such speech at the capital’s Shahid Beheshti University.

The following are the highlights of his speech Tabnak.ir, an Iranian news website, quoted the principlist deputy as saying:

Authority always needs to be critiqued, but in doing so certain manners should be observed. When you are critiquing something or [the performance of] someone you should have thorough knowledge about the question at issue and be fair as well. Criticism stands somewhere between cajolery and mudslinging, we are in the habit of the latter though.

There are three things that may harm our society and the Islamic Revolution. One is misinterpreting the revolutionary concept of the rule of the religious jurisprudent. Some view this concept as a drag on democracy and freedom of expression. That is not the case, because this principle prescribes the rule of faith and ideology and not an individual.

In practice, we are dealing with holier-than-thou individuals who do not approve of any opinion opposed to that of the Leader. It comes despite the fact that the Supreme Leader has time and again said he has never asked anyone not to critique him.

Another misinterpretation in our society revolves around protection of the establishment. Some build on this principle [protection of the establishment] to seek to stamp out any opponent and critic. The so-called Serial Murders were one such example. A number of individuals killed Dariush Forouhar and his wife supposedly to protect the system. They [Dariush Forouhar and his wife] were entitled to their opinions, though.

We fail to pay enough attention to Chapter Three of the Constitution which focuses on the rights of people. Under this chapter eavesdropping, extrajudicial punishment and imprisonment without authorization are not legal. Unfortunately, the Islamic Consultative Assembly does not pay attention to this chapter. And if a foolish individual like me says something, they say Motahari has acted foolishly by making such comments.

In 2009 if authorities had issued permission for assemblies and if protesters had been given airtime on TV to air their grievances and get an answer, things could have been controlled and the establishment wouldn’t have had to pay such a heavy price.

Hijab is not limited to women. No one should deny the principle of Hijab. Our family system is based on Islam which has its own regulations. We cannot say that stimulation of sexual desires is ok but fulfillment of such desires is not. Otherwise, we have to open night clubs.

If you suggest that we reopen the night clubs and promote a Western lifestyle in society, that is your opinion, not Islam’s.

Serious relationships [between men and women] should fall within the framework of marriage, either permanent or temporary. Young men and women cannot have intimate relations outside that framework. […] That is what Islam prescribes. If you are suggesting otherwise, that is another thing.