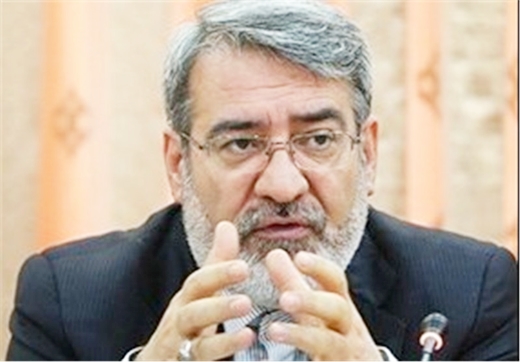 A couple of weeks after the parliamentary and Assembly of Experts elections in Iran, the country’s Interior Minister Abdolreza Rahmani Fazli announced on Saturday that the ministry will start preparations for Iran’s 2017 presidential elections in early fall.

The executive phase of 2017 presidential votes will be kicked off in late September or early October 2016, Rahmani Fazli noted in a meeting with the country’s governor-generals held here in Tehran.

He further referred to the recent polls held across Iran on February 26, and noted that there was no ambiguity or doubt about the health of parliamentary and Assembly of Experts elections.

“We did not even have a handful of objections and protests at the organization of recent elections,” he added.

Earlier on Thursday, Leader of the Islamic Revolution Ayatollah Seyed Ali Khamenei also praised the tranquility and peace in which Iran’s elections were held recently, saying that while other Middle Eastern nations are experiencing insecurity, the polls were held in full security.

“While life in the countries around us has been associated with insecurity and terrorist incidents, the elections were held with such glory and massive participation of people without any bitter incident,” the Leader said in a meeting with the chairman and members of the Assembly of Experts in Tehran.

Ayatollah Khamenei added that the security of the polls was such that people in Tehran were flocking to polling stations to cast their ballots from 8 a.m. to midnight without facing any problems.

The Leader also expressed his gratitude to the efforts made by the Iranian security forces and the interior and intelligence ministries to ensure the safety of the votes.

Elsewhere in his remarks, Ayatollah Khamenei lauded the “healthy” polls, saying that despite the enemies’ propaganda campaign and claims by some inside the country, all elections held by the Islamic Establishment have been healthy and there has never been an organized move to influence the outcome of the elections.

The Leader further referred to the 62-percent turnout in the polls as “very meaningful and significant”, stressing that with such massive presence at the polling stations, the Iranian people practically demonstrated their confidence in the Islamic Establishment.

More than 60 percent of some 55 million eligible voters cast their ballots at around 53,000 polling stations across the country.

4,844 and 161 candidates ran for the parliament and the Assembly of Experts, respectively.