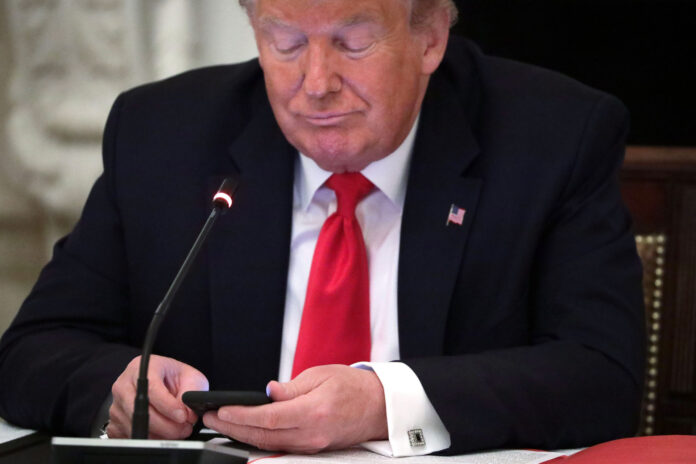 Over three-fourths of republicans want the former president, Donald Trump to seek another term in the White House, according to a survey. Previous polls show Americans’ confidence in US President Joe Biden’s capability to handle several important issues is falling.

Nearly 80 percent of Republicans want to see Trump wage a third White House bid in 2024, according to a new Quinnipiac University survey.

Seventy-eight percent of Republicans polled said they think Trump should run again, while 16 percent said he should sit out the 2024 race. Meanwhile, 94 percent of Democrats and 58 percent of independents said Trump should not run.

The poll underscores the stubborn support Trump enjoys among the GOP base, backing that may be growing. Sixty-six percent of Republicans said in the same poll in May that Trump should run for the White House in three years.

“While a majority of Americans say, ‘been there, done that’ about Trump, and half feel he has damaged the underpinnings of democracy, support for the former president within the GOP has grown,” stated Quinnipiac University polling analyst Tim Malloy.

The survey comes as Trump presents increasingly strong signals that he plans to launch a 2024 campaign.

The former president has begun traveling at a more frequent clip, including to swing states such as Iowa, and has doled out a slew of endorsements, including in key House and Senate races. He also continues to fundraise, raking in millions from his extensive small-dollar donor network.

Republicans have debated the role of the former president in the GOP following the Jan. 6 insurrection, which was in support of his unfounded claims that the 2020 election was “stolen” from him. However, he appears to have bounced back, with more GOP figures, including in Washington, coalescing around him.

Still, his role in inciting the insurrection could impact him in a general election campaign, with 51 percent of Americans saying he has been undermining democracy since the 2020 presidential election.

Trump’s sway is looming large over would-be GOP presidential contenders, including Florida Gov. Ron DeSantis and former Vice President Mike Pence, who are expected to wait for an official announcement one way or another on the former president’s 2024 aspirations before declaring their own intentions.

The Quinnipiac University poll surveyed 1,342 adults and 1,168 registered voters from Oct. 15 to Oct. 18, with margins of error of 2.7 and 2.9 percentage points, respectively.

Trump on Wednesday announced the upcoming launch of his own social media network called “TRUTH Social.”

“I created TRUTH Social and TMTG to stand up to the tyranny of Big Tech. We live in a world where the Taliban has a huge presence on Twitter, yet your favorite American President has been silenced. This is unacceptable,” Trump said in a release.

“I am excited to send out my first TRUTH on TRUTH Social very soon. TMTG was founded with a mission to give a voice to all. I’m excited to soon begin sharing my thoughts on TRUTH Social and to fight back against Big Tech. Everyone asks me why doesn’t someone stand up to Big Tech? Well, we will be soon!” he added.

Trump was largely banned from major social media networks, including Facebook and his favored Twitter, at the beginning of the year after the deadly Jan. 6 Capitol riot. After leaving office, he operated a blog similar in style to Twitter before shutting it down about a month after it was started.

“Coerced by members of the United States Congress, operating under an unconstitutional immunity granted by a permissive federal statute, and acting directly with federal officials, Defendant is censoring Plaintiff, a former President of the United States,” the motion read.

A beta launch of the site for “invited guests” is expected in November, with a full launch in the first quarter of 2022.

The site’s upcoming launch was coupled with the announcement that Trump Media & Technology Group has entered into a definitive merger agreement with Digital World Acquisition Corp. that will allow it to become a publicly listed company.

The Trump Media & Technology Group also announced plans to launch a subscription-based video service called TMTG+ that will feature “non-woke” programming. The new endeavor will be led by reality television producer Scott St. John, who has worked on shows such as “Deal or No Deal” and “America’s Got Talent.”