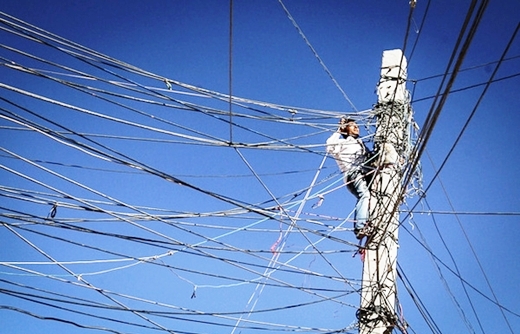 Police forces in the northern Iranian city of Babol finally managed to capture a man who claimed to be immune to electricity, and had stolen the city’s power cables, causing blackouts on several occasions.

As reported by Iran and translated by IFP, the police had been looking for the thief for several months, with the case high on their agenda. The people of Babol and neighbouring villages had all been annoyed and frustrated by the thefts, and attempts to find the unknown man hadn’t produced any results.

Finally, a closed-circuit camera on a street helped the police track down the thief. Once his face had been identified, the police searched for his hideout and located his centre of operations in a nearby village.

Mahdi, a 32-year-old man, was arrested at his home by the police forces, Colonel Mohsen Jafari said.

After initial investigations, he confessed to over 20 thefts of power cables as long as 1,600m from the city and surrounding villages, the colonel said.

The thief claimed that his body was immune to electricity and that he’d never been electrocuted, even in the rain.

Detectives wanted to make sure that he was telling the truth. So they tested his claim in a safe environment, and found that electric power didn’t have any effect on him.