Planting trees to remember the dead 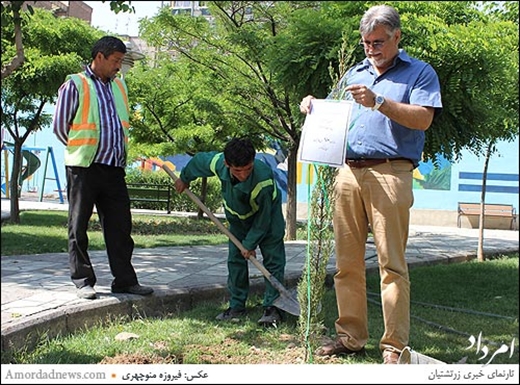 The tree-planting event organized by Zoroastrians in cooperation with Tehran Municipality.

A number of Tehran residents have planted trees in memory of the loved ones they have lost.

The event, which was held on April 29 and sponsored by Amordad weekly, was designed to keep the memory of the dead alive and help with restoration of the ecosystem at the same time.

A similar event was organized by the newspaper, which represents the Zoroastrian community, last year. In that event which was held at Maryam Moghaddas [Saint Mary] Park, trees were planted at a park in a predominantly Christian neighborhood of the capital.

The idea of planting trees in memory of the dead was first developed after bereaved families or those who wanted to express condolences took very expensive wreaths which did not last long to memorial services.

During the event which was organized in cooperation with Tehran Municipality, evergreen trees were planted in some parks across the capital with the name of the deceased attached to them.

Last year’s ceremony was attended by a number of distinguished religious, cultural and art figures from the Zoroastrian community, among them, Esfandyar Ekhtiari, an MP who represents the Zoroastrian minority in parliament. 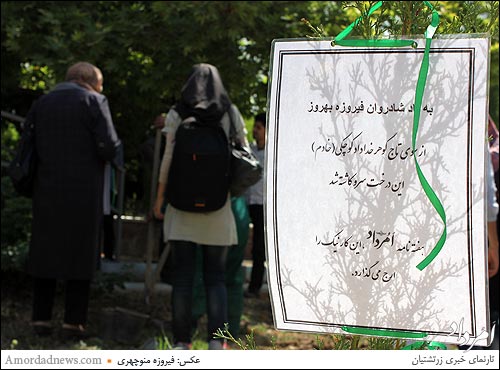