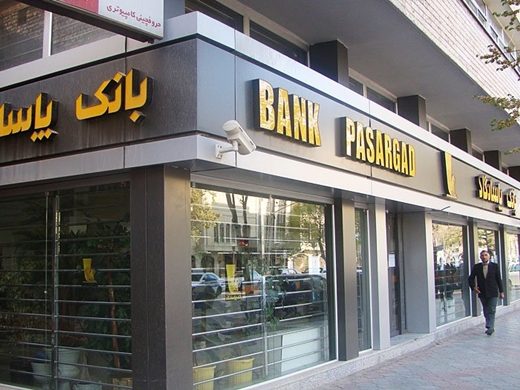 Iranian banks made inroads into a number of non-banking fields, such as real estates, industry and energy when the most stringent sanctions in 2012 shriveled the economy.

With those sanctions lifted, CEO of Pasargad Bank Majid Qassemi said some of their companies will be offered for sale on the over-the-counter securities market Fara Bourse.

The initial public offering (IPO) can take place in the current Iranian year which ends in March 2017 or the next Iranian year and is expected to raise about $330 million, local media quoted him as saying.

One the of companies set for IPO is Pasargad Energy Development Co. (PEDC) which is involved in oil and gas exploration as well as refining.

According to Qassemi, PEDC is working on approximately $12 billion of energy projects, including construction of a $2.2 billion gas line to neighboring Iraq.

Iran is slowly but surely opening to international business, with many investors casting off their fears about the consequences of trade with the Middle East’s second largest economy.

Since the lifting of sanctions in January, Iran’s stock market has rallied 30% as foreign companies and investors have been scoping the market of 80 million people for opportunities.

Meanwhile, Iran’s reconnection to the global financial system has buoyed the country’s banks which mostly suffered under the sanctions.

Qassemi said Pasargad wanted to turn into a “global bank” and Europe was a priority, where the lender sought to open branches in the UK, France, Switzerland and Spain.

The bank, he said, is considering initiating joint ventures with local lenders and building a profile overseas through acquisitions.

“We’ll focus on whichever country can answer our needs,” he was quoted as saying.

The international banking industry, however, remains wary of resuming normal business with Iran.

Major international banks fear falling foul of American regulations or losing crucial permits to operate in the US.

On Friday, London-based HSBC slammed US Secretary of State John Kerry for exhorting European banks to do business with Iran while Washington continues to restrict American financial firms from doing the same.

Writing in the Wall Street Journal, HSBC’s Chief Legal Officer Stuart Levey said the US government is taking a “very odd position” on trade with Iran.

“On the one hand, Washington is continuing to prohibit American banks and companies from doing Iran-related business … on the other hand, Mr Kerry wants non-US banks to do business with Iran without a US repudiation of its prior statements about the associated financial-crime risks,” he said.

In 2014, French bank BNP Paribas was fined more than $8.9 billion for breaching US sanctions on Iran. Standard Chartered was also fined nearly $1 billion for trading with Iran.