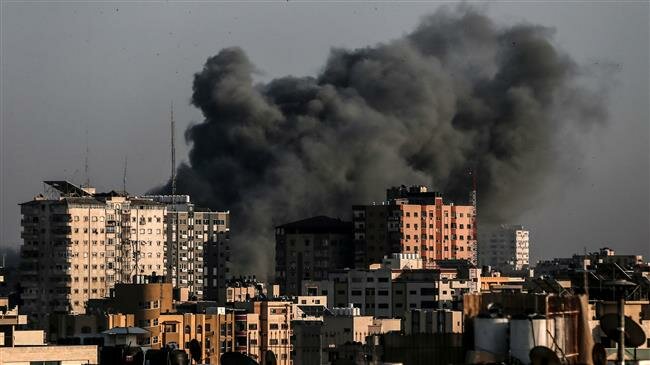 Palestine says a ceasefire agreement has been reached with Israel, after 25 people were killed in three days of Israeli attacks on the besieged Gaza enclave, which were responded to with homemade rockets from Palestinian groups.

That was announced both by two Palestinian officials familiar with the agreement and the Hamas Resistance Movement’s media outlet.

“The ceasefire understanding will begin Monday 04:30 (01:30 GMT),” one of the officials told Reuters.

Earlier, Gaza’s Health Ministry said at least 25 people have been killed and 154 others injured in the fresh flare-up of violence in the enclave.

Two pregnant women and a 14-month-old baby were among the fatalities.

The upsurge in violence came after the Israeli prime minister ordered the military to continue massive strikes on the enclave. Benjamin Netanyahu also said Israeli forces around Gaza would be reinforced.

Tensions erupted on Friday following the killing of four Palestinians, two in an Israeli air raid on southern Gaza and two during the regime’s live fire at anti-occupation protesters near a fence separating the blockaded coastal enclave from the occupied territories.

The Israeli military claimed that its initial aerial assault had come in response to the wounding of two of its soldiers by Palestinian gunfire near the Gaza fence.

The latest rocket fire from Gaza killed a 60-year-old Israeli man. A total of some 83 Israelis have also been wounded.

The Tel Aviv regime says about 600 rockets have been fired at the occupied lands over the past few days. The Israeli army says its warplanes have targeted some 180 sites in the Gaza Strip.