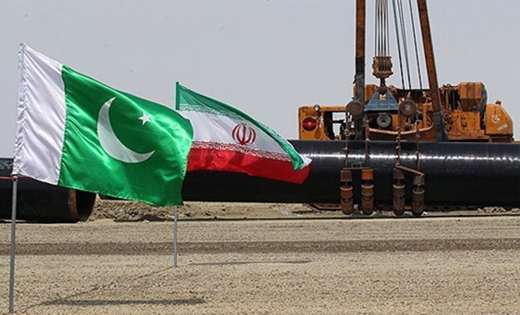 The US has warned energy-poor Pakistan against implementing a gas pipeline project with Iran to counter the growing presence of China in the Muslim country.

Despite suffering from energy shortages for years, Pakistan fails to take steps to ease the pain of its people simply because of its compliance with US demands. That is in contravention of Islamabad’s contractual commitments under a deal it has signed with Iran to lay a pipeline to import Iran’s natural gas.

The Islamic Republic News Agency on May 12 published an analysis on Iran-Pakistan gas pipeline project and US pressures on Islamabad to back off on the agreement. The following is the translation of the analysis:

Islamabad blames its failure to make good on the promises it made in the gas deal on US sanctions. Being aware of the global conditions and Iran’s status, the then Pakistani government inked the deal [the Iran–Pakistan gas pipeline, also known as the Peace pipeline, or IP Gas] with Iran back in 2010.

A deadline for the two sides to implement their commitments passed last year [about two months ago]. Iran has met almost all of its commitments, but the Pakistani side has yet to take a practical step toward laying the pipeline on its soil.

Amos Hochstein, Special Envoy for International Energy Affairs at the US Department of State, made a trip to Pakistan a few days ago. According to Pakistani media, the US envoy held talks with the country’s energy officials, warning them against the implementation of the IP Gas deal prior to termination of Iran sanctions.

Hochstein asked Islamabad to contemplate the TAPI deal (The Trans-Afghanistan Pipeline also known as Turkmenistan–Afghanistan–Pakistan–India Pipeline) instead of the IP contract and go ahead with its imports of liquefied gas from Qatar.

The first Qatari ship carrying liquefied gas docked at the Pakistani seaport of Karachi last month. After undergoing complicated processes, the liquefied gas turns into natural gas to be either channeled into a gas pipeline or sent to thermal power plants which use it to generate electricity.

A while ago an official report circulated in certain Pakistani media on the hefty price tag Qatar has put on its exported gas and the high cost of electricity generation in power stations which run on Qatari gas.

The report described liquefied gas imports from Qatar as a step in the wrong direction, arguing such a decision did not result in inexpensive power generation in Pakistan; rather it said the electricity generated in the country carry a higher price than the electricity produced through other fuels such as diesel and heavy fuel oil or mazut. In addition to the question of price, Pakistan has to shell out a higher figure for transferring gas from Qatar and converting it to natural gas.

Nonetheless, the US is still insisting that Pakistan continue importing liquefied gas from Qatar. The fact that the US and European oil giants account for a large number of stakeholders in the Qatari oil and gas sector is possibly the reason behind the US insistence. If so, any boom in Qatar’s oil and gas exports will funnel a staggering amount of money into the pockets of these foreign firms.

The Iran-Pakistan deal is a staple news item for the Pakistani media which have always called on Islamabad to show strong determination for implementing the deal. As Pakistan’s [immediate] neighbor which has the world’s second largest gas deposits, Iran can be the best, shortest and the most economical option for Pakistan to alleviate its energy crisis.

Now that the Chinese have signed multibillion dollar deals with Pakistan to carry out different megaprojects, among them the China–Pakistan Economic Corridor (CPEC) and Gwadar-Nawabshah pipeline deal (which Islamabad says will be used as [the main part of] Iran-Pakistan gas pipeline project in the future), the US has piled pressure on Islamabad only to throw obstacles in the way of its main rival – China – in Pakistan.

Recent warnings by the US – that Pakistan should not try to implement the gas pipeline project with Iran – are not merely because of sanctions, rather they show how the US is concerned about the strong presence of Chinese investors in Pakistan.