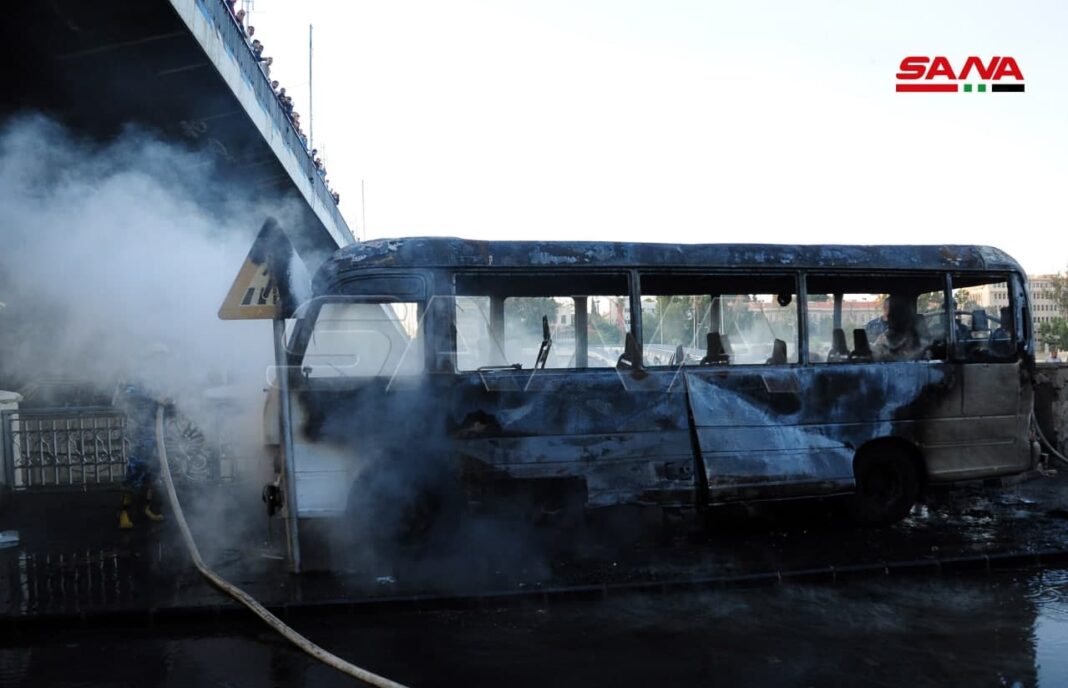 More than a dozen people have been killed after two explosive devices detonated under a bridge in the Syrian capital, Damascus, on Wednesday. The explosions hit a bus carrying Syria’s military personnel.

At least 14 people have been killed after a bus was mangled in a suspected terrorist attack as it crossed a bridge in Jisr al-Rais in Damascus. Two explosive devices were set off, obliterating the vehicle, state media reported.

According to preliminary reports, the explosions also injured three people.

The vehicle was carrying Syrian military service members, who were presumably the target of the attack

A third explosive device was reportedly defused by a bomb squad.