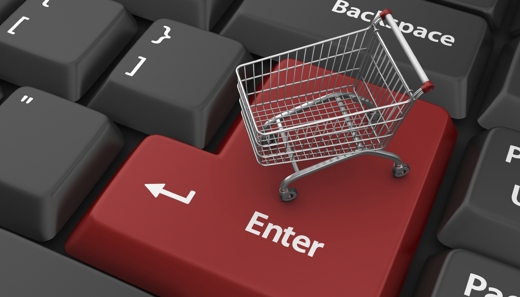 To promote public trust in online shopping, the Ministry of Trade has given an electronic trust logo to reliable websites.

In Iran online sales registered a 229 percent growth last year [ended March 21, 2015]. What comes next is a report Haft-e Sobh daily has published about the staggering growth of online shopping in the country:

Fortune smiled on online shopping websites in the country last year. TV commercials and advertisements at subway stations eventually helped online sales pick up. One such site is said to have amassed a fortune.

Mohammad Gorganinejad, the head of the Electronic Trade Center at the Ministry of Trade, has said, “Statistics released by the Central Bank of Iran put the value of online purchases at around $17 billion, registering a 229 percent rise over the year before year.”

In 2014, the value of online purchases in the world stood at $1.4 trillion. Online trade is projected to grow by 30 percent only in the Asia-Pacific. Online shopping is also believed to have accounted for one third of total trade in these two regions.

Yet, many still have no trust in the quality of products purchased online. Gorganinejad has stated, “An electronic trust logo with a specific design has been granted to all sites approved by the Ministry of Trade. The logo is only posted on sites which are trustworthy. If a customer filed a complaint with the center against a certain website and the veracity of their complaint were established, the site breaching the rules would be dealt with.”

More than 7,200 websites have been granted the trust logo in Iran.