‘Not for US, Saudi to decide for Syrians’ 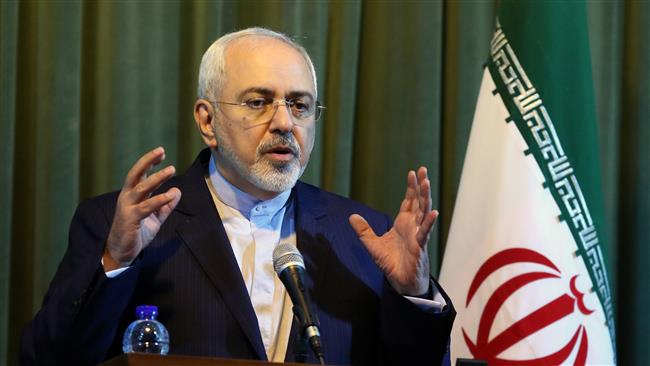 Zarif made the remarks on Saturday while speaking to reporters in the German city of Munich in response to earlier comments by US Secretary of State John Kerry and Saudi Arabia’s Foreign Minister Adel al-Jubeir about Assad’s future and the political situation in Syria.

“A political solution will be possible with [the presence of] Assad. Neither we nor they [Saudi Arabia and the US] can make a comment in this regard,” Zarif said at the end of his visit to Germany, where he delivered a speech at the 52nd Munich Security Conference (MSC).

“A decision about the future of Syria must be taken by the Syrian nation. People have the right to express their views and this decision only rests with the Syrians,” he added.

On the eve of the Munich talks, Kerry told The Washington Post that in case of lack of seriousness by Russia and Iran for the resolution of the crisis in Syria, “then there has to be consideration of a Plan B.”

He added that “Plan B” would “lead to a coalition against [the Daesh Takfiri terrorists], and also to support the opposition against Assad.”

The Saudi foreign minister also told CNN in Munich that if the Syrian political process fails, President Assad will have to be removed “by force.”

On the sidelines of the Munich conference, the Iranian foreign minister also held a meeting with the US secretary of state, during which they discussed ways to implement a nuclear agreement reached between Iran and the P5+1 group of countries last July.

After JCPOA went into effect, all nuclear-related sanctions imposed on Iran by the European Union, the Security Council and the US were lifted. Iran, in return, has put some limitations on its nuclear activities.