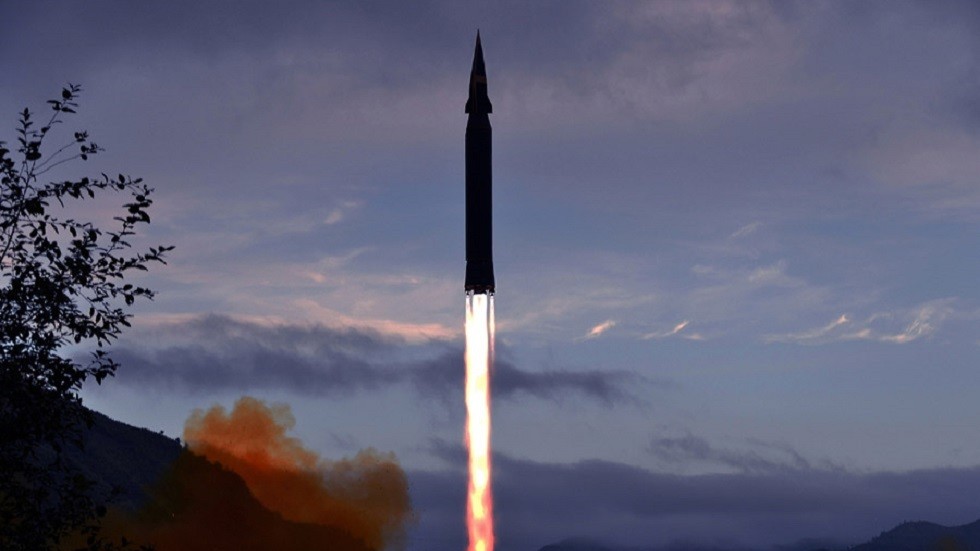 The Korean People's Army (KPA) successfully test-fired a new “hypersonic missile” on Tuesday, the official Korean Central News Agency (KCNA) reported on Wednesday. The move comes after Pyongyang’s representative to the United Nations has said the country has the “righteous right” to test weapons because of the “hostile” policies directed against it.

The Democratic People’s Republic of Korea (DPRK) test-fired a hypersonic missile Hwasong-8 in Toyang-ri, Ryongrim County of Jagang Province on Tuesday morning, according to KCNA.

The missile was newly developed and test-fired by the Academy of Defense Science, according to the report.

The Joint Chiefs of Staff of the Republic of Korea (ROK) announced on Tuesday that the DPRK fired an “unidentified projectile” off its eastern coast, hours before the ROK launched a new submarine equipped with ballistic missiles.

The DPRK’s latest test came days after top leader Kim Jong Un’s sister Kim Yo Jong, vice department director of the Central Committee of the Workers’ Party of Korea (WPK), condemned the “double standards” of the ROK and the United States on the DPRK’s military development.

“In the first test-launch, national defense scientists confirmed the navigational control and stability of the missile in the active section and also its technical specifications including the guiding maneuverability and the gliding flight characteristics of the detached hypersonic gliding warhead,” reported KCNA.

It also ascertained the stability of the engine and the missile fuel ampoule that has been used for the first time, KCNA said, adding that the test results proved that “all the technical specifications met the design requirements”.

According to the report, Pak Jong Chon, member of the Presidium of the Political Bureau and secretary of the Central Committee of the WPK, watched the test launch with leading officials in the sector of national defense science.

In September, the DPRK tested cruise and ballistic missiles.