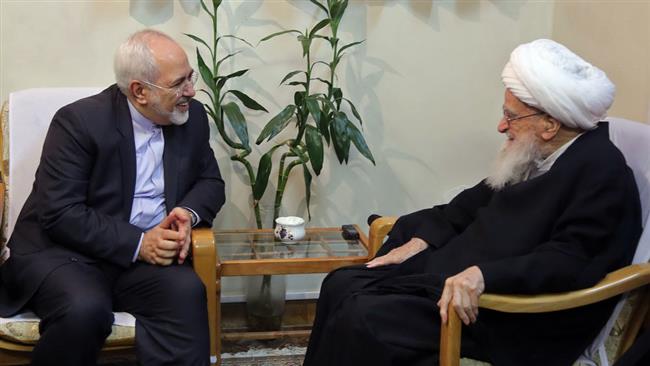 Iran’s foreign minister has reiterated that there is no military solution to ongoing crises in the Middle East region.

“The current crises [in the Middle East] have no military solution. We should be able to help bring an end to war and conflicts between Muslims,” Mohammad Javad Zarif on Thursday during a one-day visit to the holy city of Qom in central Iran.

The top Iranian diplomat also said foreign governments must stop meddling with internal affairs of regional states, noting that foreign interference is the root cause of the regional crises.

Zarif further criticized some governments for adopting double-standard approaches toward terrorism and extremism in the Middle East. He said people in regional countries should decide the future of their countries.

During his stay in Qom, Zarif briefed a number of senior Iranian clerics on the latest developments in the three Muslim countries of Iraq, Syria and Yemen.

He said Qom, where Iran’s top authorities on religious matters are based, could be instrumental in promoting Islamic teachings in the fight against extremism and Takfirism in the region.