New era in Turkey to start as Davutoglu resigns 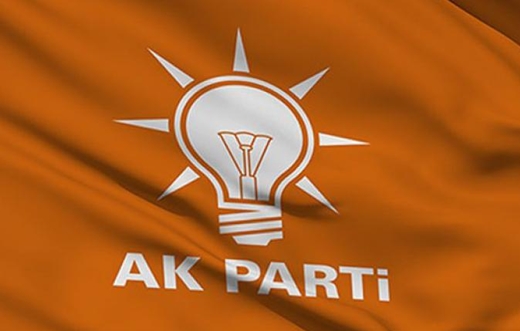 As Prime Minister of Turkey Ahmet Davutoglu left power in Justice and Development Party (AKP) on Thursday, a new era started in Turkey that can be called a shift from a parliamentary system to a presidential one; a change which Turkish President Recep Tayyip Erdogan wants.

Following that resignation, Davutoglu called for an extraordinary congress to elect his successor.

A day after his Wednesday meeting with President Erdogan, Davutoglu announced that the AKP will hold an extraordinary congress on May 22 in which he will not be candidate for the party’s leadership.

He made the announcement at the party’s 35-minute meeting of Central Executive Board.

The May 22 extraordinary congress of the AKP will be the second in the past 14 years after the party was founded in August, 2001.

During the first extraordinary congress held two years ago, Davutoglu was elected as leader of the party, while this year he will quit power there.

At the Thursday meeting, Davutoglu stressed he sees his tenure as Turkish prime minister as a successful period.

Then, he elaborated on achievements gained during the 22-month-long tenure, pointing to his successes at the period in preserving unity inside the party and victory at the General elections as well as fulfillment of election promises that brought improvement in economic situation.

Davutoglu criticized the recent decision made by the party’s Central Executive Board that took back authority from the chairman to appoint AKP provincial and district heads.

He said he prefers the party to hold an extraordinary congress to elect a new chairman, instead of changing the board that will bring negative outcomes to the AKP.

Davutoglu’s resignation is a record of its kind in the Turkish political era.

History of different parties in Turkey shows that there had been no such measure as what taken by Davutoglu.

Issue of last year General elections that followed by arresting and detaining a number of journalists in Turkey has been declared as a disagreement between Davutoglu and Erdogan.

Opposite to Erdogan who has radical attitudes towards different issues, Davutoglu mostly follows moderate views.

Also, disagreement between those two had been repeatedly published in Turkish government’s opposition newspapers and declared by opposition parties.

Despite all those claims, Davutoglu had said over and over that there was not even a small disagreement between his viewpoints and Erdogan’s.

According to political experts, taking back authority from Davutoglu to appoint AKP provincial and district heads last week has openly paved the way for his resignation.

Even some opposition newspapers declared the move as a coup against Davutoglu.

‘Who will take the authority after Davutoglu?’ is a question to which just Erdogan can answer. It is not clear that who will be Davutoglu’s successor, but surely he/she will be Erdogan’s favorite choice.

Turkish premier-to-be will be the one who coordinates president’s intentions with the cabinet members. Executive power will be in Erdogan’s hands as long as he works as Turkish president.

When the presidential system of government starts work, Turkey does not need any prime minister practically, because President Erdogan will exert power in the system directly.

Some experts have described Davutoglu’s measures to quit his posts as leader of AKP and prime minister as practical implementation of presidential system by Erdogan.