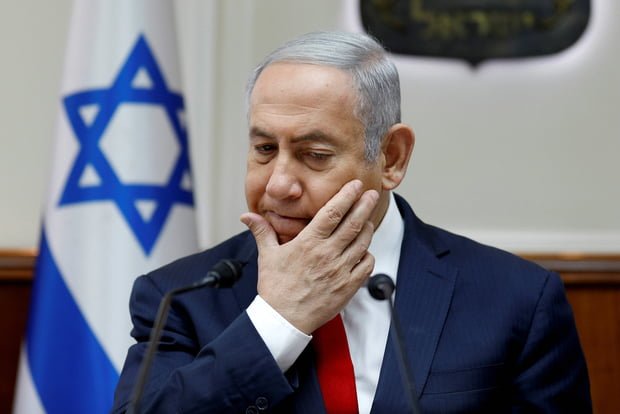 With over 95 percent of the vote counted, the right-wing and ultra-Orthodox parties of Israel have failed to win enough seats for a parliamentary majority in the Knesset, marking a heavy defeat for Benjamin Netanyahu.

Netanyahu imposed a new election on Israelis in the hope that the right-wing and the religious parties will win the parliamentary majority, but has now failed to meet his objective, as his entire bloc has won no more than 56 seats out of a total of 120.

As a result, he will have no choice but to form a coalition government with “Yisrael Beiteinu” led by Avigdor Lieberman, or with the center-left alliance, including the “Blue and White”, the “Labor”, and the “Democratic Union”. But Lieberman is vigorously pushing for a national unity government comprised of the Likud and the Blue and White parties. However, the Blue and White, the Labour, and the Democratic Union will approve of a national unity government provided that Netanyahu would step down as leader of Likud and be taken to court for his financial corruption case.

Therefore, Netanyahu has been put in a new impasse, the way out of which may be dissolution of the new parliament and a pledge to hold new elections. A third election in this year, nevertheless, will be unpalatable to the public opinion. Moreover, Israel’s ceremonial president Reuven Rivlin would not easily approve of another election and the Knesset would not ratify it this time, either.

After all, Netanyahu cares about his own position more than anything else, and would not easily back off from the efforts to hold the post of prime minister. He is a cunning person, familiar with the complicated political games. Netanyahu might even plan to encourage the Labor party to join his coalition. Led by Amir Peretz, the Labor has formed an alliance with a branch of Yisrael Beiteinu party.

On the one hand, the formation of such coalition would require the Labor party to vote for Netanyahu’s immunity from prosecution during his political tenure, which would be naturally a big scandal for the Labor; on the other hand, Netanyahu will have to agree with the Labor party’s more moderate policies on the issue of Palestine, which will certainly enrage and irritate Ayelet Shaked’s far-right “Yamina” party, an ally of the Likud and a fervent proponent of expansion of West Bank settlements.

In fact, as long as Netanyahu is leader of the Likud party, it would be impossible for him or for his main rival –leader of Blue and White Benny Gantz—to form a new government.

As a result, in order for the government to be formed, Netanyahu will have to step down from the post of prime minister voluntarily, or the Likud party should remove him from the post. The Likud may even break apart amid the debates over Netanyahu’s fate, and the broken party might form the national unity government with Gantz, Lieberman, and the left-wing parties.

In any case, Netanyahu will be no more regarded as a solution to Israel’s problems. Indeed, he himself has turned into the biggest problem of the Israeli political society.