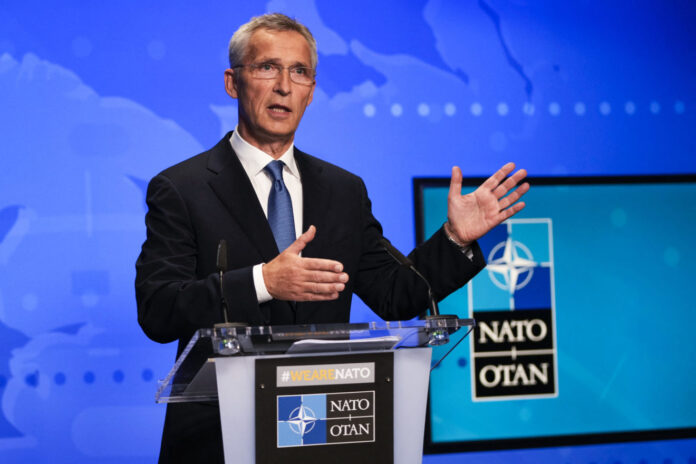 NATO Secretary General Jens Stoltenberg welcomed cooperation with Russia and China in fight against terrorism in Afghanistan, but opposed the creation of a European army following the recent developments in the war-ravaged country.

Russia and China should play a role in preventing terrorism from spreading in Afghanistan following the withdrawal of foreign troops, he told The Telegraph on Sunday.

“I strongly agree that the whole international community, including Russia and China, needs to work to prevent Afghanistan being a place where terrorist groups can operate freely and prepare, organize, plan, finance attacks against our own countries,” the chief said.

He acknowledged that the Taliban’s takeover of Kabul on August 15 was “of course… related to the fact that NATO allies decided to end this military mission in Afghanistan”.

Stoltenberg welcomed more European efforts on defense and stated that Europe and North America should maintain their bond, but stressed that calls for a new European military force following the withdrawal from Afghanistan must not undermine NATO’s command structures or divert resources from the alliance.

“Any attempt to establish parallel structures, duplicate the command structure, that will weaken our joint capability to work together because with scarce resources we need to prevent duplication and overlapping efforts. The specific proposals have not been discussed in NATO, we have not seen any details,” the NATO secretary general said.

The EU is set to propose a strategy document later this year that will address a proposal for a rapid entry force of several thousand troops. Calls for an autonomous European military capability have mounted in recent weeks after the US decision to pull out from Afghanistan led to the Taliban regaining control of the county.

He admitted that after over 20 years of foreign investment in Afghan security, it was reasonable to expect that they would have been able to withstand the Taliban for a longer time.

Chinese Foreign Ministry’s spokesman, Wang Wenbin, said on Tuesday that the chaos in Afghanistan is directly linked to the withdrawal of foreign troops and expressed hope that Western nations realize that pulling out forces is not the end of their responsibilities, and they should provide economic and humanitarian support to the Afghan people to help them enter the path to recovery.

EU High Representative for Foreign Affairs and Security Policy, Josep Borrell, said on Friday that the European Union plans to coordinate contacts with the Taliban through a joint EU presence in the Afghan capital of Kabul.