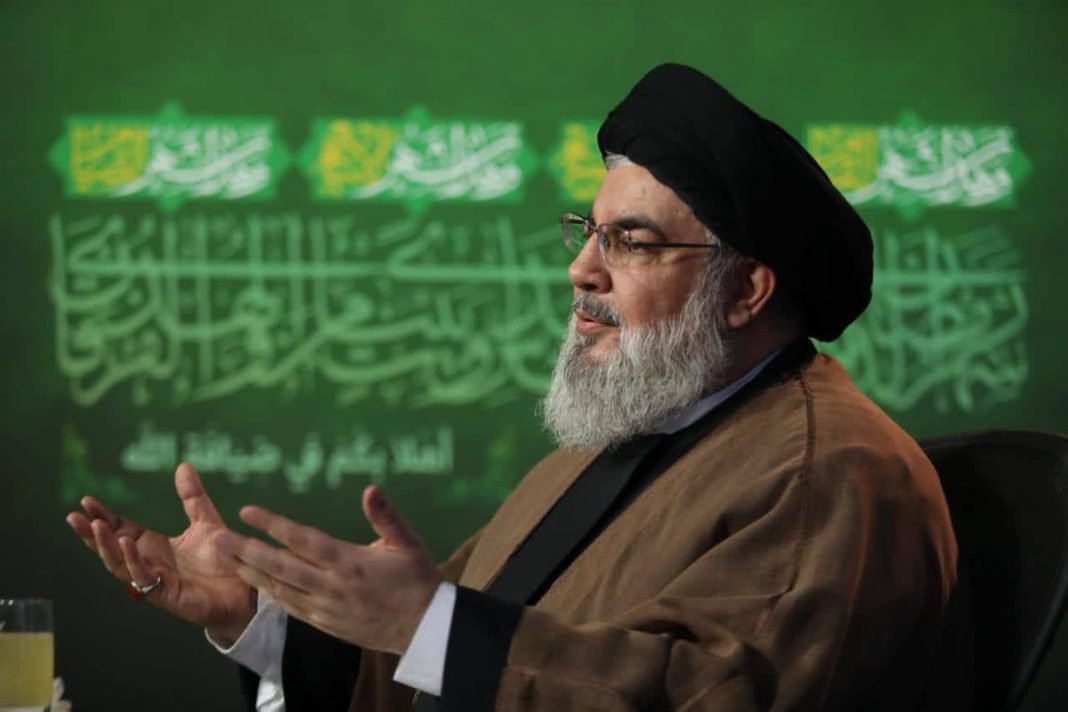 Hezbollah Secretary General Sayyed Hassan Nasrallah has stated the resistance movement's precision missiles can hit any Israeli target at sea or on land. He issued the warning on the 40th anniversary of the foundation of Hezbollah, coinciding with Israel's work at maritime oil and gas fields, including Karish, off Lebanon's coast.

“All fields are under threat, not only Karish, and no Israeli target at sea or on land is out of the reach of the resistance’s precision missiles,” Nasrallah told Al Mayadeen television’s Ghassan Ben Jeddou on Monday.

Nasrallah noted then that it was the “first time” such an operation had taken place and that it was meant to alert workers aboard the vessel that it “is not a safe area.”

“Our drones entered and returned from the Galilee and occupied Palestine dozens of times over the past years and the enemy failed to shoot them down,” he added.

Energean has announced it expects first gas from Karish to flow in the third quarter, but Narallah has warned that “no one” would be allowed to operate in maritime oil and gas fields if Lebanon was barred from its “rights” in extracting from areas off of its coast.

“If the extraction of oil and gas from Karish begins in September before Lebanon obtains its right, we would be heading to a problem and we’ll do anything to achieve our objective,” he added.

“Due to Europe’s need to replace Russian oil and gas, Lebanon is facing a historic opportunity,” he continued.

US President Joe Biden recently came to the region because of oil and gas, Nasrallah said, adding, “But the additional oil of Saudi Arabia and the UAE will not solve Europe’s needs either. The war between Ukraine and Russia has made them look for alternatives to Russian oil and gas.”

Nasrallah underlined, “The Lebanese government is not able to make a proper decision to protect this country and its resources. Therefore, the resistance is forced to make a decision. Our goal is for Lebanon to extract oil and gas, because this is the only way to save Lebanon.”

“This is an action that must be taken. We will not accept any deception and we must take back our rights. Our goal is to make Lebanon extract oil and gas and to draw the maritime borders of this country correctly,” he underscored.

He also stated, “I’m ready to bring free Iranian fuel for the Lebanese power plants if the Lebanese government agrees to this, but unfortunately there is no political courage in Lebanon for such a step, because they fear US sanctions on individuals and their families.”

“I tell the Lebanese people that they should be confident in the resistance’s capabilities,” he stated, adding, “There has been safety and security in Lebanon since 2006 due to the balance of deterrence.”

Nasrallah stated prior to 1982, nothing deterred the Israeli enemy from invading Lebanon.

“The beginnings of deterrence started in 1985, when the enemy withdrew from several Lebanese regions due to a host of military operations. High deterrence occurred between 1993 and 1996,” he continued.