Mysterious Disappearance of Crown Prince: Where Is Bin Salman? 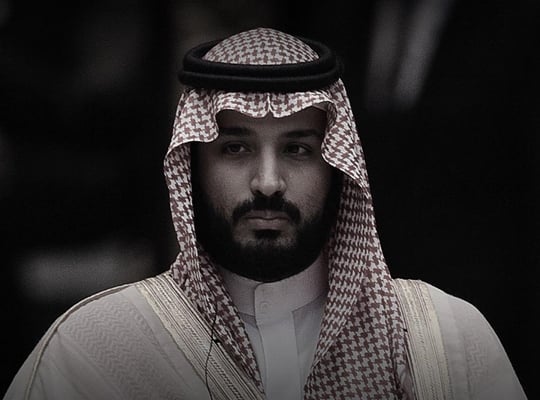 The Saudi Crown Prince has vanished from the public eye since an April shooting incident near royal palaces in the capital Riyadh, leading to questions about the whereabouts of the 32-year-old heir to the Saudi throne, an Iranian news agency reported.

In a report published on Wednesday, Fars News Agency claimed Mohammed bin Salman hadn’t been seen on a public appearance since April 21, when videos were posted online in social media purporting to show areas around royal palaces ringing with heavy gunfire.

Saudi authorities firmly denied any major security breach, saying Saudi forces had “dealt with” an unauthorised toy drone near the royal palace in the capital.

But footage circulating on social media showed loud shooting that lasted for at least 30 seconds, giving rise to speculations about a possible coup attempt or a retaliation by the House of Saud’s adversaries.

One video showed at least two police cars parked in the middle of the street.

Saudi Arabia, the world’s top oil exporter, has witnessed a series of radical political changes over the past year as Mohammed bin Salman ousted his cousin as crown prince and jailed well-known princes in an anti-corruption purge.

Saudi Arabia is also embroiled in a long running conflict in its southern neighbor Yemen, dubbed by the United Nations as the world’s worst humanitarian crisis.

Fars News Agency said regardless of the cause of April shooting, the weeks-long disappearance of Mohammed bin Salman is quite mysterious, in view of the fact that he is known to be highly active on the political scene.

Notably, bin Salman made no media appearance during the April 28 visit of the newly-appointed US State Secretary Mike Pompeo to Riyadh, his first foreign trip as the top US diplomat.

A few days after the April 21 incident, Saudi media published footage and images of bin Salman meeting several Saudi and foreign officials. But the date of the meetings could not be verified, so the release of the videos could be aimed at dispelling rumours about bin Salman’s conditions.

It is not clear if bin Salman’s disappearance is due to reasons such as him feeling threatened or being injured in the incident.

It seems only a live television appearance could dispel rumors about bin Salman’s whereabouts.