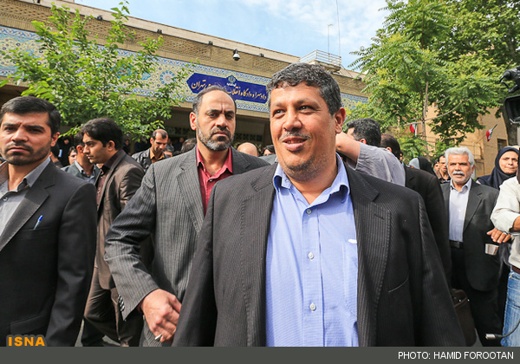 "What is wrong with a defendant or their attorney saying that the ruling issued in the case is not fair?" Motahari asked in the letter.

Tehran principlist MP Ali Motahari has urged the judiciary not to see any objection to a court verdict as an actionable attempt to undermine the judicial system.

According to the Iranian Students’ News Agency (August 15), the following is what the outspoken deputy wrote in a letter to Judiciary Spokesman Gholamhossein Mohseni Ejei in reaction to his recent comments about Mehdi Hashemi.

“You [recently] told a news conference, ‘Mehdi Hashemi has claimed that he has been subjected to injustice. Such comments amount to libel and are actionable.’

“It seems that your comments are not true. What is wrong with a defendant or convict with knowledge about his case, or their attorney for that matter, saying that the ruling issued in the case is not fair? Whether or not their comments are true!

“The most the judiciary can do is to proclaim that the verdict has been legitimate and fair. Comments by individuals who are competent to make them should not lead to judicial officials to indict them. That would mean the judiciary is above reproach, something that defies common sense.

“That applies to the criticism a judicial official has directed at a farewell video [between Ayatollah Hashemi Rafsanjani and his son Mehdi] released on social networking sites.

“I don’t know much about the legal case involving Mehdi Hashemi, so I don’t pass any judgment on the verdict. I believe, individuals like me, with no commanding knowledge about the case should have trust in the judiciary. Basically, people do not have time to comment about all cases.

“Why should a family’s farewell with one of its own and seeing him off in compliance with the law, and objection by individuals familiar with the proceedings to the ruling be frowned up and be viewed as an effort to undercut the judiciary?

“That is quite natural among families. Whether their objection is sustainable or not requires the explanation of the judiciary which can even agree to a demand by that family to have the court proceedings broadcast.

“By writing this letter I wish to say not every objection should be viewed as an actionable measure to undermine the judiciary. All that needs to be done is to explain things to the public.”